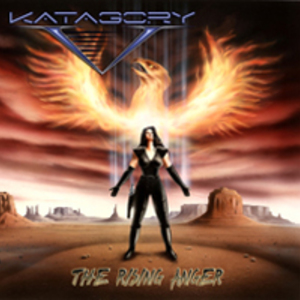 Katagory V is a progressive metal band from Salt Lake City. They formed in 1999 when Dustin Mitchell (bass) and Curtis Morrell (guitar) met at a rock show, deciding to turn their similiar musical influences into a metal project. After getting a line-up together the band recorded their independent debut called Present Day. The album was a success and gained the band a lot of recognition. A New Breed of Rebellion was the next album, released in 2004 with a more mature sound and an impressive cover.

"With 2006 here, Katagory V has a new chapter and attitude with their latest album The Rising Anger, due April 25th 2006 on Nightmare Records. With the new album, the band is currently gearing up to perform live once again and bring the rebellion to the metal masses once again."

A New Breed Of Rebellion