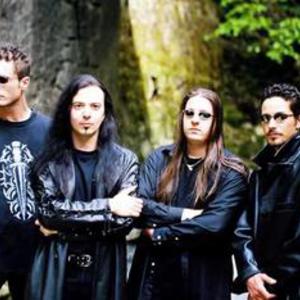 To begin, the name of this band will maybe remember something to some of you . Indeed, it's the title of a song appearing on the first album of French HEAVY METAL band DREAM CHILD. But this is not due to hazard because the founding member of this band is none other than G?rard FOIS, a singer influenced by Geoff TATE, Carl ALBERT, Rob HALFORD, Ronnie James DIO and David COVERDALE ( playing also the keyboard parts...

With this strong experience, he decided to come back on new basis without forgetting its roots, the name ETERNAL FLIGHT becoming a natural choice. Still based in Annecy (France) and motivated to release songs he wrote for DREAM CHILD and other ideas, he decided to rise from the ashes with a new project in february 2001 with guitar player Christophe OFFREDI , fan of guitarists like Steve VAI, John PETRUCCI , but also since he's a child, of David GILMOUR who gave him the love of the note that sounds right and that you have to play with feeling. Christophe presented G?rard to Nicolas JEANPIERRE, bass player and eternal (!) fan of QUEEN, also loving the progressive sides of DREAM THEATER and RUSH and liking a lot, it's quite easy to understand, their bass players. At first, G?rard preferred working the rhythms and the drum parts with a sequencer because the drummers available and able to play this type of music aren't easy to find in this area! Since, the trio began to orient their songs in a melodic, elaborated POWER METAL with Progressive touches. As the band didn't want to be put in a box, each song, even if it wasn't breaking the cohesion of the whole, possessed a particular touch. Like this ?Beyond?? is a melodic Speed Metal Anthem, ? Back into the light (Renaissance) ? moves you in an elegant but Heavy atmosphere lightened by Symphonic passages , ? Guardians ? reveals itself as an effective mid-tempo with a catchy chorus. This for the demo. Other songs like ? The Moon King ? will transport you in a kaleidoscope of moods and variations, the ballad ? Secret place ? in the deep shadows of melancholy, ? Real ? into the future, whereas the aggressive ? New world ? and ?Morphoenix? will shake your spine. And they still have some other surprises hidden in their magic hat?. At the same time that he was writing and arranging songs , G?rard bought some sound equipment to build its home studio baptized MORPHOENIX? (also the name of their mascot since the beginning and also the name of one of their song) and learned to master these technologies.

In November 2001, Arnaud GORBATY, an all around talented drummer also member of the band ALKEMYST, accepted to complete the line -up in order to work on the recording of the demo and to prepare the first shows. February the 16th, the group did a nearly sold out show for its first flight live at the APOCALYPSE CLUB in their hometown. It gave everybody a great motivation for the future also knowing that the crowd gave ?em a warm welcome. June 2002 saw the release of their demo cd (with a cover artwork executed by Jean-Pascal FOURNIER :AVANTASIA-EDGUY-NIGHTMARE-IMMORTAL?). After that, the band was getting really good reviews all over the world with their demo. The band did a few shows after but Arnaud was unable to continue with the band due to its commitment with ALKEMYST and for professional reasons. The band had to wait until February 2003 to find a replacement in Alexandre STELLINI who was coming from the Thrash/melodic Death scene and whose influences come from people like Vinnie PAUL, Igor CAVALERA, Dave LOMBARDO, Mike PORTNOY to name a few. Alex introduced the band to S?bastien VIBERT in April 03, a keyboardist, fan of Jens JOHANSSON, Jordan RUDESS, coming from the same area as him in order to allow more freedom on stage to G?rard, to avoid the use of sequences and give a more technical and varied approach to the use of the keyboard in the band. Until that moment the band worked hard to arrange the songs altogether in order to play live.

This happened first in Annecy at the outdoor event ?La f?te de la musique? on the 21st of June 2003 in front of more than 1500 enthusiast people! In the summer and autumn the band played a few other concerts, with especially a strong performance at the HEAVY METAL BREAKDOWN festival near Grenoble where the band played in front of 600 Metal maniacs. At the same period the band continued to work on old and new songs. But 2003 was also the year where G?rard contacted some labels worldwide getting immediate interest from CRUZ DEL SUR MUSIC, coming from Italy and taking care of bands like PHARAOH and ENSOPH. After negotiations a licence deal was settled in early 2004 and the band began the recording of their first album in various places, G?rard taking care of the production with its mobile home studio finishing with the mix in mid July .In order to give the final touch to an already strong sound it was decided that the mastering would be done by the talented Luigi STEFANINI at the NEW SINS STUDIOS (LABYRINTH, DARK MOOR etc) in Italy. Happy with the musical and sound aspects, ETERNAL FLIGHT wished that the artwork would be done by someone really gifted and the band was lucky to find out that Geoffrey GILLESPIE (an illustrator who works with DORO and did also some work for WARLOCK and ELP!) was living in their hometown and that he was available and motivated by the project! So Geoffrey presented this impressive artwork representing again the Morphoenix ? in action in a futuristic atmosphere, screaming in victory giving sense to the title of the album ?Positive Rage?. The name of the album comes from a few lines of the song ?Back into the light? and present the fact that creation is an act of positive rage and every time you create something you are re-born (so you can find the connections between this concept and their mascot who is a mix between a phoenix, an eagle, a human, and Morpheus whose concept was originally coming out of G?rard's mind). The lyrics deals with fantasy, science fiction stuff but also more personal, philosophic and poetic views on life and the world.

In mid October 2004, the album was released worldwide and in Japan the record came out through SPIRITUAL BEAST the 27th of November with 2 bonus tracks, ?Nouveau monde? and ?Lieu secret? with new vocal versions of ?New world? and ?Secret place? but this time sang in French! Since, the band played in a regular basis on stage (playing shows with PARAGON, DARK MOOR and ELLIPSIS for example) a place where the band kicks ass and gain respect and success, and the promotion given to the album through reviews , interviews and advertisements helped the band to impose their name on the Metal scene. In the autumn of 2005, the band entered Morphoenix studio again to work on a new 4 songs demo only for the purpose of finding-consolidating deals with labels for a new album (songs chosen at the time where ?Edge of fire, ?Dark society?, ?Next ones on the list? and ?Ghost (with a different soul)?. It was also a way to show to the business, new songs done as a team effort and not mostly G?rard's ideas like it was done for the first album.

Interest came from labels, so the band continued writing songs until June 2006. During this period, the band decided to part way with Alex the drummer because of differences of view on how the band should work. But the split was done in a friendly way, the proof being that Alex entered Morphoenix studio with the band for the recording of the 2nd album the 10th of August. So he played on ?Dark society?, ?Under the sign of will?, ?Forgotten Side? and ?Deaf, Dumb , Blind?, the rest of the songs being done by none other than Arnaud Gorbaty, who then decided a while after the recording to replace him permanently ! The album was recorded and mixed by G?rard in various times until December. After that, He sent it to labels that showed interest with the demo and concluded deals with Thundering/Pervade Productions for Europe and rest of the world except USA, Canada and Central America for a license with Nightmare Records, something really rare for a French band playing this style! Musically, the band retains the Power and the Progressive elements of the 1st album but done in a more mature way and showing their ability to write songs as a team, daring to experiment and explore new musical landscapes or to remain fast, aggressive, efficient yet melodic. Up tempos and force are clearly defined on songs like ?Edge of fire?, ?Next ones on the list?, ?Miracle Man?, ?Deaf, dumb , blind?, melodies and more refined arrangements are developed on ?Forgotten Side?, ?Friends? (including a duet with ELLISPIS's Emmanuelson on vocals!) , ?Ghost? and the mix of both elements in songs like ?Under the sign of will?, ?Dark society? and ?The curse?! The result being an album of elegant force! Lyrically the songs are about the pursuit of one's goal besides adversity (?Edge Of Fire?), the fight of the Morphoenix against political and religious leaders evil action plotting together against peace in the world in a fictional environment (?Dark society?, ?Under the sign of will?), the need to return to nature's beauty and creation and preserve it (?The forgotten side?), the tendency of the human race to lead toward destruction and apocalypse and not wanting to take the responsibility out of it, always hiding behind religion and searching for scapegoats (?Deaf, dumb, blind?), a society obliged to cannibalism after having erased all the other species (?Next ones on the list?), the friendship and need to preserve personal integrity in a plastic society (?Friends?), a human capable of creating events and tragedies with his mind but unable to control them (?The curse?), a spy- soldier rebelling against hierarchy after having being changed into a bionic man (?Miracle man?), a person witnessing the change of another one because of nightmares and tragedies, the later becoming only a ghost of the person that used to be (?Ghost- with a different soul?). To top it all, the artwork was nicely done by Benj. The concept of the zodiacal wheel isn't coming from the band's love for astrology, it was more done to point out that every person has also the cards in its own hands and the will to change things! The Morphoenix, the 13th sign, is there to be a representation of the willingness to act and reborn through pain and adversity. The band is also planning the shoot of a video clip and doing more concerts in various territories! ! Be prepared for a music of Elegant Force from Eternal Flight!!!