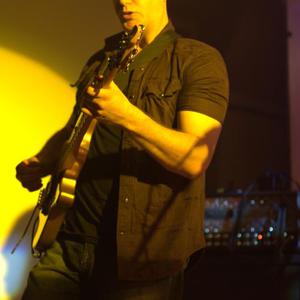 Based in Adelaide, South Australia, Unitopia endeavours to draw from the heart and soul of the listener thought provoking topics such as environmental awareness, political and social upheaval and the hectic pace of life and human relationships in a positive and uplifting light. Using progressive themes as a framework, Unitopia's music includes elements of world, classical, jazz, heavy rock, and groove.

They released their first album ?More Than a Dream? in 2007 on the Canadian Label Unicorn Digital.
In February of 2008, Unitopia signed a worldwide publishing deal with Shock Music Publishing which became Perfect Pitch Publishing in 2010 when publisher Clive Hudson took over the company struggling financially.
In August 2008, Unitopia signed a three album deal with InsideOut Music, Germany, the leading progressive rock record company in the world. Unitopia is the only Australian band to have signed with this label to this day.

In November 18th, 2008, InsideOut Music released Unitopia's 2nd CD, ?The Garden?. The 15 track double CD firmly established Unitopia as one of the premiere progressive rock acts in the world.

In May 4th, 2010, Unitopia released their third album, ?Artificial? worldwide through InsideOut Music. Based on the themes of artificial intelligence, this new CD consolidates Unitopia's position as one of the most exciting progressive rock acts to emerge since the 1970's.

The band just came back from a very successful European tour in October 2010. The tour brought them to the United Kingdom, The Netherlands, Germany and Belgium. The critics were unanimous, ?Unitopia has been one of the best live acts on the Progressive Rock scene in the last few years.? They have been invited by TV Limburg to do a television performance in The Netherlands during the tour. They will also be filming one of their performances in Holland to be released in September of 2011 as a DVD.

The band is also currently working on a cover album. Seventeen songs from different bands will be revisited with Unitopia's unique touch and should be ready to be released in november of 2011. A second edition of their first album, ?More Than a Dream? should be released also early 2012 with new artwork, remastered songs, and extra material.

Recently, Rayna and Mark Monforti from the Music in Widescreen website and progrock.com radio have chosen ?Artificial? as Best Album and ?The Great Reward? as Best Track for their 2010 awards. ?"Artificial" was proclaimed Album of the Year 2010 by The International Independent Radio (AiiRadio.net), Best Album of 2010 by paperlate.nl, an internet magazine from the Netherlands and nominated by the international Jury of Progawards in Italy for Best Foreign Record and Best Production.

As a band known for supporting worthy causes, Unitopia has allowed the use of their song "Still Here" for the "Songs for Haiti" double CD and "There's a Place" for the compilation "Stomp out Cancer". They also donated part proceeds from ticket sales of their recent concert in Adelaide to the Childhood Cancer Foundation. The band is also making a difference with the project Bee Aware Now by doing a promotional song and video for the cause and will be the spokes band for the Bee Aware Now Organization in a worldwide tour in 2012 (for more information, please visit http://www.beeawarenow.org/).

One of Unitopia's songs, ?321?, is a touching tribute to the courage, ordeal and eventual rescue of the Beaconsfield miners. The track gained nationwide exposure including a segment on 60 minutes. In May of 2007, with support and funding from the West Tamar Council, the band launched the single ?321? at the one year anniversary memorial in Beaconsfield, Tasmania to an audience of nearly 3,000 people.

As lead singer Mark Trueack says, ?Music is the doctor!?

One Night In Europe CD2

One Night In Europe CD1

More Than a Dream