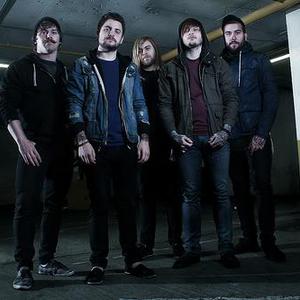 Vanna is a band from Boston, Massachusetts. They formed in December 2004 with Evan Pharmakis and Nick Lambert and recorded their first demo in a dorm room at MassArt using a drum Machine. Soon they recruited drummer Brandon Davis (who at the time was playing guitar for the band Therefore I Am), bassist Shawn Marquis, and vocalist Joe Bragel. They then recorded and self released their first EP, This Will Be Our Little Secret. The six song EP quickly helped the band gain a strong local fan base.

They then recorded and self released their first EP, This Will Be Our Little Secret. The six song EP quickly helped the band gain a strong local fan base. It was this EP that helped them get noticed and on November 15, 2005, the band was signed to Epitaph Records. In March 2006, they released a split vinyl EP with Therefore I Am; only 500 copies were pressed.

They then began recording their Epitaph debut, but due to personal reasons Vanna and vocalist Joe Bragel decided to part ways. After the departure of Joe, they recruited Chris Preece to fill in the vocal spot. For various legal reasons Chris could not do the vocal parts, so Nick and Evan did the vocals on the record. The The Search Party Never Came EP was released June 6, 2006. After its release, the band toured for the whole summer and into the fall and on October 25th, they traveled to Seattle, Washington to record their first full length album with Producer Matt Bayles (Mastodon, Norma Jean, The Fall of Troy, Pearl Jam). They recorded through November and up until December 19. After coming home they took the month of January off and in February began touring again with The Esoteric and playing a few Dates on the 2007 Epitaph Tour.

On January 23rd, 2007, the song The Things He Carried was released on Purevolume and featured vocals from Brendan Brown of The Receiving End Of Sirens. Their debut full-length, Curses, was released on April 24, 2007 under Epitaph. Midway through their tour to support the album, drummer Brandon Davis left for personal reasons, stating that there was no bad blood between him and the band. He was eventually replaced by Chris Campbell, formerly of The Jonah Veil and Evertone.

After months of touring, the band went into the studio to record their 2009 full length, A New Hope. A few months after its release in April, vocalist Chris Preece decided to part ways with the band due to personal reasons. He played his last show with the band during Warped Tour in Mansfield, MA, where he gave the mic to new vocalist, Davey Muise (formerly of Seeker Destroyer).

A year and a half later, Vanna released The Honest Hearts EP under Artery Recordings on October 12, 2010. The EP included three new songs as well as re-recorded versions of A Dead Language for a Dying Lady (shortened to A Dead Language) and Trashmouth. Three months later, they headed back to the studio to record a new full-length, And They Came Baring Bones, with producer Matt Goldman. The album was released on June 21, 2011.

Vanna are currently on the road for the European Impericon Never Say Die! Tour 2011 which will last throughout the month of October with fellow bands Suicide Silence, Emmure, Deez Nuts, The Word Alive, As Blood Runs Black, and The Human Abstract. They are also preparing for their first DVD, Bring Me Your Bones, by holding a show which will take place on November 12, 2011 at the Worcester Palladium in Massachusetts. At the same time, they will also be touring throughout the US from early November to mid-December with fellow bands The Chariot, The Crimson Armada, Former Thieves, and Listener.

The Few And The Far Between

And They Came Bearing Bones

This Will Be Our Little Secret (EP)