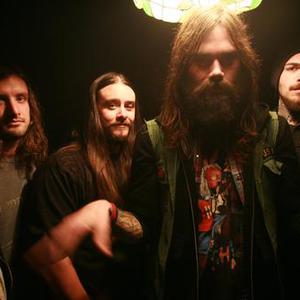 When He Is Legend signed to Solid State Records, the band had already stirred a blaring buzz all their own. But they were just getting started. 2004 put He Is Legend on the map and on the move. In June, the five North Carolina natives released their debut EP, 91025 with Tribunal Records, a label most noted for helping launch the careers of bands like Atreyu and From Autumn to Ashes. The release received rave reviews, stirring the anticipation even further for He Is Legend's debut full-length album, I Am Hollywood, released November 2nd, 2004.

Their sophomore album, Suck Out The Poison, was released on October 3rd, 2006, featuring more raspy vocals.It received mixed reviews from long-time fans due to a major difference in vocalist Schuylar Croom's vocals and is still disputed to this day.

In 2009, He Is Legend announced that they will be taking a musical sabbatical in the forest surrounding North Carolina recording studio, Warrior Sound Studio. They also claimed that the material written during this hiatus will be used to create a record "literally made of solid gold (figuratively speaking).The bands latest album, It Hates You was released on July 21, 2009.

*The bands roots reach back into the late 1990's when Adam Tanbouz, Steven Bache, Matt Williams, guitarist McKenzie Bell, and vocalist Schuyler Croom began writing and performing around Wilmington, NC. In 2003, having previously played under the names of Stronghold, No One Wins, and The Uriah Omen, the name He Is Legend was adopted by members Tanbouz, Bache, Bell, Croom, and Williams. After releasing their first EP in June of 2004 entitled 91025, the band signed on with Solid State Records and released their first full length album in November. I Am Hollywood was a massive success and the band immediately began to experience a surge in popularity that extended far beyond their NC roots. After almost two years of extensive touring in the United States and Europe, the band temporarily relocated to California to record their next release. Suck Out the Poison was released on October 3, 2006 and triggered mixed reviews from long-time fans. It was evident, however, that the band believed firmly in the album and as a result were largely indifferent to often cruel criticisms from offended fans. Their confident, care-free response is portrayed in their music video "Attack of the Dungeon Witch" which was released in March of 2007. Soon after the release of Suck Out the Poison, guitarist McKenzie Bell left the band without explanation and was eventually replaced by guitarist Mitch Marlow (previously of Classic Case). Bell later joined the band Bloodjinn.In February 2008, it was announced that Mitch Marlow was no longer a member of He Is Legend, and would be replaced with Worth Weaver. Marlow is now playing guitar for Filter.

Debates abouts whether or not He Is Legend is a Christian group have been fueled by the fact that Solid State Records is a Christian record label. While Croom and other members of the band have claimed to be followers of Christ, the band has made it clear that they are not collectively a Christian band in the FAQ section on their website saying that, "We are in no way a Christian band... We all enjoy music, we all enjoy playing our instruments, so if we had to be classified as anything it would be a 'band' band or 'music' band."

He Is Legend has confirmed that they are not nor ever have been a christian and have since left Solid-State records for NC based Tragic Hero Records.

Suck Out The Poison

He Is Legend (EP)