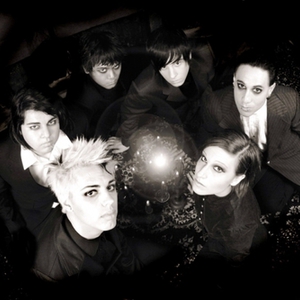 I Am Ghost was a post-hardcore band from Long Beach, California, formed in late 2004. They were signed to Epitaph Records. The band announced via their Myspace on July 16th, 2010 that Steve Juliano left the band and they are currently looking for a new frontman to make a 3rd album. However, they may change their name to something else, but this is not official and as if now they are still together.

I Am Ghost self-recorded a demo a few months after forming in 2004, for the sole purpose of booking shows locally. Prior to being signed the band gave away copies of their 6 track demo free of charge. Even before the band had played a single show, I Am Ghost had given away thousands of copies of their demo We Are Always Searching. Later, when I Am Ghost signed to Epitaph Records, they added 3 new tracks, artwork and, on October 25, 2005, re-released it as an EP.

I Am Ghost's first full length album Lovers' Requiem was released on October 10, 2006. Lead vocalist Steven Juliano explains, "It's essentially a rock opera, but for hardcore or goth kids."

Those We Leave Behind