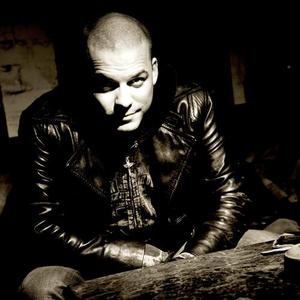 Tocadisco (Spanish for record player) started his DJ career around 1996 at D?sseldorf's Unique Club. A remix of Slam's "Lifetimes" was his breakthrough as producer when the track was voted among the best remixes of the year 2001 in the reader poll of Groove magazine. With "Nobody (Likes the records that I play)" Tocadisco entered the international charts as well as radio and tv rotation lists in 2003.

A worldwide tour ensued, which led to an even more auspicious year 2005. His remix for the Mylo 12 inch ?In Your Arms? became one of the most played records during the summer of 2005 ensuring remix requests from Axwell & Ingrosso, the Egg, A'Studio, ATB, Hi-Track,
Philippe B. and many many more. ?You're No Good For Me? was another step for yet bigger things to come. Tocadisco's wide musical taste somehow had to be expressed through other outputs, Ac/ot, his underground pseudonym.

Numerous outputs dominated the club scene globally, but Tocadisco's the Egg rework of ?Walking Away? has to be considered as one of the biggest releases of that year. MIXMAG called it the ?biggest Dance Single of 2006?. David Guetta even used the instrumental version of the remix for an official bootleg version of his first hit ?Love Don't Let Me Go?. Television even picked up on the track, Citroen used the remix for its worldwide car add.

His first full-length LP, ?Solo? was released early 2008. The first single ?Better Begin? showcased the Sono vocalist Lennart A. Salomon and that not being enough, Tocadisco launched a new underground series: The Black Series". Tocadisco also helped out David Guetta on his new album, co-producing the piece ?Tomorrow Can Wait? with him.