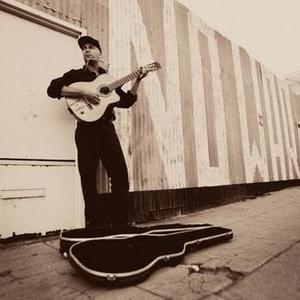 There will be kids there who are fans of my electric guitar playing, and you see them there scratching their heads.
But it's something that I enjoy doing. I look at it more as an extension of my politics. Then again, some of the songs are not explicitly political. It really helped me grow as an artist and songwriter."

The Road I Must Travel