The Bony King Of Nowhere 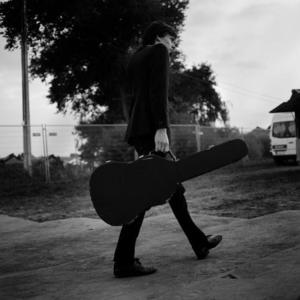 The Bony King of Nowhere is the project of 24-year-old composer Bram Vanparys from Ghent in Belgium. His honest music, characterized above all by Bram's distinctive voice, claims your heart straight away. Songs are built on melodic backing vocals, guitars and sound layers, as well as the frequent use of unconventional percussion inspired by the Brazilian Tropic?lia Movement from the 1960s. His lyrics are often theatrical: the virgin Mary addressed by a dying man exalting death from his deathbed (?Maria?)...

The universal, yet very wayward character of Bram's music already perplexed both media and
public in his own country, but also evoked international response. After his demo got selected in The Wire Magazine's ?Domino Festival? compilation, Bram immediately got called by Kieran Hebden (aka Fourtet), asking him if he could include some songs in the soundtrack of a film he's working on (?Boy Meets Girl?, Wildebeest Productions, New York). Also, Devendra Banhart sang Bram's praises in a personal letter after hearing the demo. And, last but not least, Jon Kelly (Paul McCartney, Kate Bush,...) expressed his interest in mixing the first album of The Bony King of Nowhere, which was produced by European cultproducer koen gisen (An Pierl&eacute;&white velvet) in his weird 1960's studio.

On February 23rd 2009 The Bony King Of Nowhere released this first album "Alas My Love" on Helicopter Records.

The Bony King Of Nowhere