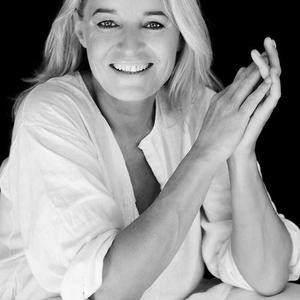 Anne Linnet (Born July 30, 1953) is a Danish composer and singer. She has been a successful danish singer and composer since her breakthrough with girl band Shit & Chanel in the mid-70s. Anne Linnets music is known for its frank text, its many changes in style and the willingness to try something new in his music. Besides that, she attracted attention with her very sharp observations and great honesty about her personal life and her sexuality, and she has over time become a lesbian icon. She received the 2008 IFPI's honorary award for her many years of activity in Danish music.

The rest is uncorrected autotranslation. Enjoy or edit. Anne Linnet was born in ?rhus suburb ?byh?j in 1953 and graduated from Aarhus Statsgymnasium and later trained at the Royal Academy of Music.

After limited success to have been the lead singer of Aarhus group Tears, she struck through with girl band Shit & ChanelWho also spoke Lis Sorensen. The group was the first Danish bred girl group, and managed with its feminist music without slogans to reach a broad audience. Especially the song Beautiful and LovelyWritten by Linnet was a big hit. After Shit & Chanel she continued with new projects, and she got a big hit with It's not you saying with Anne Linnet Band. In 1980 she founded Marquis de SadeWho with her - at least for Anne Linnet - innovative rhythm was very influenced by music in the eighties, for example. Eurythmics. That group released two records, which White Magic fetuses already huge hit Venus. Marquis de Sade did it also berm?ket with their texts on particular sadomascohisme ("Marquis de Sade") and lesbian love ("Tell your mother," "Venus") and also with other hits like "staring at the Windows" and "night".

In 1988 she published I Am The Right Here, which evergreen Thousand Pieces is the opening number. "I'm Right Here" is regarded by many as Anne Linnets big climax, and when Gaffa should make their music canon in response to the Ministry of Culture was the finding among the 10 selected.

In 1989 published Anne Linnet "My Song" in cooperation with John Miller Garden. This collaboration has also led numerous church concerts with him.

For Anne Linnet 1990s were marked by limited musical success. She published a series of albums without much success and in 1996 she wrote the chamber opera Thorvaldsen. Compilation album "night train to Venus" was released in 1999.

In 2000 she published her memoirs. The book was titled Where do dreams off. Has also published poems and children's books about dog Ivan.

In spring 2006 she exhibited her paintings in Round Tower.

Anne Linnet turned sharply in 2007 when her album "Aquarium" got great critical acclaim (including the 6 hearts in politics) and she gave a nice hit with "I Ka 'Ik' Say No To Thee." Anne Linnet starred in 2008 in DR2-theme "Lots of success - From Gasoline to New Beginning" on the biggest stars in Danish music, and later this year as a guest star in DR's "X-Factor", where she trained participants would sing her songs .

Alle Mine Drømme Til Dig