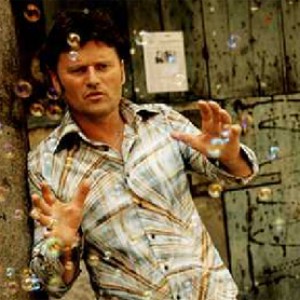 Poul Krebs is a danish singer/songwriter, born in 1956. He started in the end of the 70's, but became known first for his attribution to a Greenpeace-record. For some years he was known as the ever touring, but never popular singer. But that all changed in 1995 with the album ?Sm? sensationer? recorded live in the Gnags-studios in Aarhus. The album and the hit ?S?dan nogen som os? meant a major breakthrough for Poul Krebs, and he has since established himself as the ?grownup and sensitive? danish songwriter.

For some years he was established on Sams? and had studios on Dansebjerg. He has since moved back to Aarhus, but kept the studios and his own restaurant on Sams?.