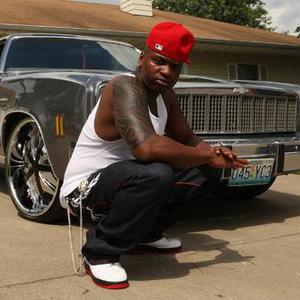 Based out of St. Louis by way of Columbia, Missouri, Stevie Stone first discovered a love of music through his mother, a singer and choir director who introduced the rapper to gospel, blues, and soul at an early age. As he grew up, Stone had his feet in the worlds of music and sports, pursuing a basketball career as well as playing piano and drums. Though he received an offer to play ball for a junior college in Iowa, he was asked to open at a show just weeks before he would leave for school, and it sparked a love for performance that made it an easy choice to focus on his rap career.

In 2007, Stone signed on with Ruthless Records, which released his debut, New Kid Coming, in 2009. Not long afterwards, the MC left the label to join up with Tech N9ne's Strange Music, which was fast making a name for itself as a giant in the independent rap world. Strange Music's emphasis on touring was a perfect fit for Stone, who loved performance, and the label's knack for connecting with its fans helped him grow as a rapper. His second album, the more personal Rollin' Stone, arrived on Strange in 2012.