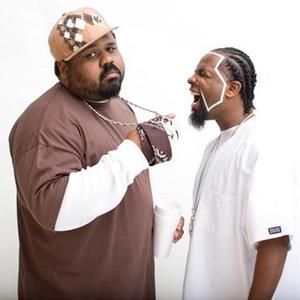 During his teenage years and early 20s, Scoob lived life as a gangbanger ? the result of a faction of the Crips and Bloods feud that spread to KC from California in the 1980s ? while growing up on 56th and Highland. He now considers himself fortunate to have survived. Friends were murdered. Others are serving consecutive life sentences for homicide. In making it through, the 35-year-old learned several important lessons that impacted his rap career.

In making it through, the 35-year-old learned several important lessons that impacted his rap career.
? That's what I fuel my music on,? he says. ?I'm speaking about the past, and I can still understand what the young cats are doing now because I've been through it. Everything I write about has 100 percent truth to it. Did it happen today, did it happen yesterday? No. But has it happened in my lifetime? Yes. ?

Scoob first met Tech N9ne during their junior high days at Bingham Middle School. Tech, squared off against Scoob in a beatboxing competition. The two quickly became friends, particularly when Scoob learned that Tech lived in his same neighborhood.

The two lost touch soon after graduating from Southwest High in 1991. Tech moved on to work on his rap career, while Scoob was still running the streets.

In the mid ?90s after Scoob had cleaned up his act and began pursuing music, their paths crossed again. This time they met up at a music expo in Minnesota. Scoob was looking at starting his own group, while Tech was in between labels. The two helped form the successful local rap group, 57th Street Rogue Dog Villains, which released four albums under Midwestside Records, including the popular single, ?Let's Get Fu---- Up.?

Fed up with the music game, Scoob left it entirely to help raise his four daughters.
? I went home and did the family thing for six, seven years, Scoob says. I've just been laying low out of people's eyesight, regrouping. ?

Tech N9ne was the one to coax Big Scoob back into the rap game after all those years. Scoob helped out on some collaboration with Tech and Strange Music and eventually his desire for the industry came back.

In 2009, Big Scoob released his debut solo album titled "Monsterifik". There is also talk of a new album for the group 57th Street Rogue Dog Villains.