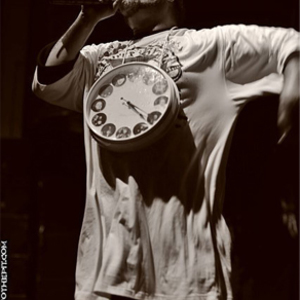 Blaze has been in the game for many years now. From his earliest beginnings in his previous group "2 Krazy Devils" which consisted of Blaze himself and Skrapz of Level Jumpers. Blaze was then known as Psycho C and Skrapz was known as Krazie. The group had the production of Twiztid's former rap partner The R.O.C. 2 Krazy Devils never really evolved and soon became known as "The Sleepwalkaz". Blazes name switched to The Sandman.

The Sleepwalkaz much like 2 Krazy Devils never really went anywhere and the group was forced to split up. Skrapz went on to do another project with the R.O.C and Blaze went on to hookup with Twiztid and form I.S.I. I.S.I never really did much, a few tracks were recorded by the group but when Violent J of the Insane Clown Posse approached Twiztid for a record deal on Psychopathic Records, they gladly took the offer. This was after the fact that I.S.I as recording artist were pretty much done with and basically had just become a crew of homeboys from the 7 Mile (Twiztid's old neighborhood).

Blaze kept doin his thing underground until Twiztid was able to offer him a solo career on Psychopathic. Blaze accepted and was soon on his way to underground stardom. He recorded his first self titled album on Psychopathic. Blaze has the sound of an old school hardcore ruthless street thug from the early 90's. Blaze's next album was his first length LP called "1 Less G In The Hood cuz i shot that guy in the face with an hatchet". This release was a little more experimental in Blaze's sound. Some guitar was thrown in the mix but all in all the album still stayed true to the "gangsta" image Blaze had created. After he released his 2nd album, he retired for about a year. He then came back into the business, becoming a member of the supergroup Dark Lotus and also recorded his third solo album 'Tha Undying' under his new name Colton Grundy.

Blaze and his label mate Anybody Killa are very close friends, and ABK has been Blaze's hypeman at numerous live shows. ABK and Blaze have since formed a group called Drive-By. Pony Down (Prelude) was released early October 2005. This album has extreme bass lines and has a slower old school sound.

Since ABK has left Psychopathic Records, it is yet to be seen what will happen with the project. As of the latest Gathering of the Juggalos (2006), it was officialy confirmed that Drive-By was 'dead'..