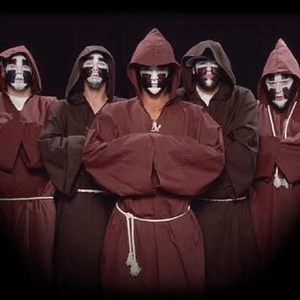 Dark Lotus is an American hip-hop supergroup based in Detroit, Michigan. Formed in 1998, the group consists of Psychopathic Records-associated rappers Joseph Bruce and Joseph Utsler of Insane Clown Posse, Jamie Spaniolo and Paul Methric of Twiztid, and Blaze Ya Dead Homie. Dark Lotus made its debut with the single "Echo Side", which was later released on Insane Clown Posse's 1999 album The Amazing Jeckel Brothers.

Dark Lotus made its debut with the single "Echo Side", which was later released on Insane Clown Posse's 1999 album The Amazing Jeckel Brothers. It was later announced that each member "would act as a 'petal' of the lotus," and that there would be six members. After speculation as to who the sixth member would be, including rumors that Esham would join the group, it was announced that Marz would be a member.

Dark Lotus released their first album, Tales from the Lotus Pod, in 2001. Mike E. Clark was brought in to produce the album, but left the project after producing four songs, and Fritz the Cat produced the rest of the album. The album peaked at #1 on the Billboard Heatseekers chart, #6 on the Top Independent Albums chart, and #158 on the Billboard 200. Marz left the group, and was replaced by James Lowery. In 2002, Tales from the Lotus Pod was reissued in a new version removing Marz' vocals. On April 6, 2004, Dark Lotus released their second studio album, Black Rain. It peaked at #3 on the Top Independent Albums chart, and at #71 on the Billboard 200.

Lowery left the group, and a third album, The Opaque Brotherhood, was released without him. It peaked at #4 on the Top Independent Albums chart, #23 on the Top R&B/Hip-Hop Albums chart, #45 on the Top Internet Albums chart, and #45 on the Billboard 200.[4] Allrovi reviewer Stewart Mason praised the album, writing "Nothing on The Opaque Brotherhood will convince anyone who isn't already a fan, but the tormented lyrics and matter-of-fact delivery remove a layer or two of distance and artifice from the band's familiar themes, and make them that much more disturbing as a result.".

The Mud, Water, Air, And Blood

Tales From The Lotus Pod