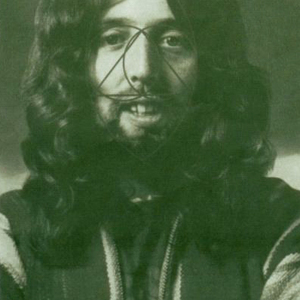 Steve Hillage (born Stephen Simpson Hillage, 2 August 1951, Chingford, London, England) is an English musician, best known as a guitarist. He is associated with the Canterbury scene and has worked in experimental domains since the late 1960s. Besides his solo recordings he has been a member of Gong, Khan and System 7. Hillage started out as a prog rocker, always leaning towards the more whimsical/ mystical side of things in his work with Gong (1973-1975).

Hillage started out as a prog rocker, always leaning towards the more whimsical/ mystical side of things in his work with Gong (1973-1975). On going solo, he continued in a similar vein, fusing melodic elements with ambient soundscapes on albums such as "Green", "L", "Fish Rising" and most notably "Motivation Radio" and "Rainbow Dome Musick". One of the first to popularise electronic ambient sounds, his work was rediscovered by later electronic dance acts, giving Hillage a new lease of life as a performer/DJ in the 1990s following a successful stint as producer.

Famously name-checked in the 80s British sitcom "The Young Ones": hippie Neil's party is broken up by the police who crash into the house, bringing the music to an abrupt halt and scratching Neil's LP, causing him to lament "Oh no, Steve Hillage!".

System 7 is the dancefloor project of Steve Hillage and Miquette Giraudy. System 7 are not to be missed with nearing 20 years of experience after having spent much time learning the dance music vibe alongside THE ORB (see first few LPs by the orb). Steve had been visiting a chill out in a converted church squat in London, when he noticed excerpts from Rainbow dome music edited and effected into the live ambient vibes in the chill out. He approached the DJ/musicians who turned out to be The Orb. and as it happens Alex Patterson told Steve he dreamed of remixing rainbow dome music. Steve told Olex who he was and said he'd be happy to do one better and join in some studio colaborations with them and Steve's wife, Miquette. they contributed keyboards and that strange "glissando" guitar effect using bow on strings.

A further project by Steve (and Miqette) is Mirror System their set mixing psy, funk, jazz, and hip hop feels to a seamless and juicy chill out.

Live At The Gong Family Unconvention