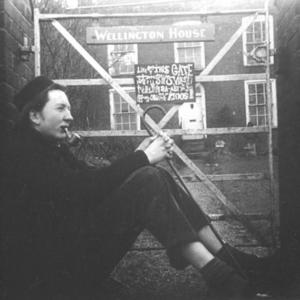 Daevid Allen was one of the founders of the British progressive rock band the Soft Machine in 1966. After recording just one album with the group, he became the founder/leader of Gong, which he left in 1973 to begin a solo career (though his first solo album, Banana Moon, was released in 1971 while he was still in the group). Allen explored his quirky, folky take on rock throughout the '70s and '80s on albums like 1976's Good Morning and 1983's Alien In New York.

His solo work also included collaborations with members from NYC's Material (amongst others Bill Laswell) - or underground rock impresario Kramer like 1993's Who's Afraid? and 1996's Hit Men, which was released on Kramer's Shimmy Disc label. Allen returned in 1999 with Money Doesn't Make It, followed a year later by Stroking the Tail of the Bird. Nectans Glen also followed in 2000.

Who's Afraid (With Kramer)

Now Is The Happiest Time Of Your Life (Vinyl)