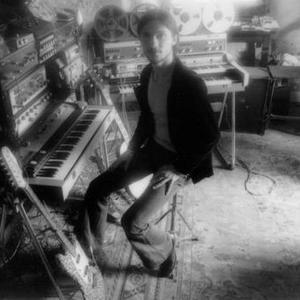 Michael Rother (born 2 September 1950 in Hamburg) is a German experimental Krautrock musician and composer. Rother is a multi-instrumentalist (primarily guitar and keyboards) who, along with a catalog of several solo albums starting in 1977, is most known for having co-founded the German group Neu! with drummer Klaus Dinger (five albums between 1971 and 1996), and his collaborative efforts with Hans-Joachim Roedelius and Dieter Moebius (aka Cluster) under the name Harmonia (two albums, one in 1974 and 1975, with later 1976 sessions recorded with Brian Eno released two decades later.

Rother and Dinger were also in a short-lived version of Kraftwerk in 1971, with Florian Schneider, during a time when founding member Ralf H&uuml;tter had temporarily left the band. (This version of the group was filmed during an appearance on the German music show Beat Club, which has been available sporadically on VHS and DVD.)

Beginning in the late 1970s, Rother began issuing LPs under his own name: Flammende Herzen (1977), Sterntaler (1978), and Katzenmusik (1979) all featured drums by Can percussionist Jaki Liebezeit. Further releases into the 80's included Fernwarme (1982), Lust (1983), S?ssherz und Tiefenschaerfe (1985) and Traumreisen (1987). Rother regained the rights to these releases in the late 90's, and re-released CD versions of them, all of which contained bonus tracks, usually in the form of then-current remixes of original album tracks. Along with these reissues were a best-of compilation, Radio, and a new release, Esperanza (1996). In 2005, Rother released Remember (The Great Adventure), his first album with vocals.

On 1 July 2007 Michael Rother joined the Red Hot Chili Peppers for a live jam at the end of their concert in Hamburg. Together they played nearly 25 minutes for 35 000 people. In November 2007 he toured with Dieter Moebius (another member of Harmonia) as Rother & Moebius. On the 27th November 2007, a Harmonia reunion concert took place in Berlin, the group's first live performance since 1976.