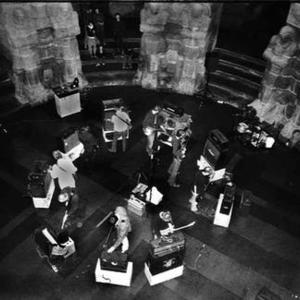 German pioneer of the echo-guitar, renowned for his classics "Samtvogel" and "?berf?llig", he also worked with Klaus Schulze (in concert). G?nter also ventured in to more explorative Krautrock and developed a style comparable to the early work of Achim Reichel. The GAM trio (G?nter Schickert, Axel Struck, and Michael Leske) featured two guitars and drums, and is really freaked-out improvisations recalling the psychedelic space treks of Ash Ra Tempel or Pink Floyd.

In an interview from 1995, Schickert described his "Somnambul" method like this: He was sleeping next to his equipment (some electronics, tape machines, conch shells etc.) and whenever he woke up after a dream he played his music straight onto tape, which gives it a spacey touch.

His 1974 electro/guitar album Samtvogel (still hasn't been published on CD) is probably on of the milestones of early trippy electronics (many consider it even a better than Manuel G?ttsching's Inventions for Electric Guitar). Schickert's CD Somnambul, released on the German label Musique Intemporelle is now out of print (and really hard to find) and compiles some previously unreleased works from 1980-94

The Schulze-Schickert Session (With Klaus Schulze)