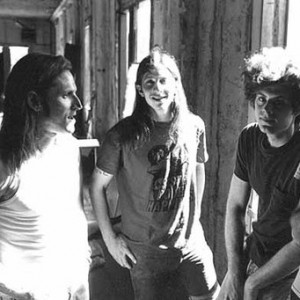 Skin Yard was an american grunge band from seattle. The group never gained any mainstream audience, but they have been an influence on their contemporaries (Soundgarden, The Melvins, and Green River). These bands are considered the early pioneers of the sound that would later be called grunge. Some members of the band have gone on to work with successful bands such as R.E.M. and Soundgarden. The band was formed in January 1985 by Daniel House and Jack Endino.

The band was formed in January 1985 by Daniel House and Jack Endino. Ben McMillan and Matt Cameron later joined the band in the same year. Skin Yard played its first show in June 1985 and opened for the U-Men. Skin Yard was featured on the Deep Six compilation. This album featured the first commercial recordings of Green River, Melvins, Soundgarden, Malfunkshun, and Skin Yard. In 1987, Skin Yard released their first single and debut self title LP. Matt Cameron left the band in June 1986 and joined Soundgarden in September. He was replaced by Steve Wied, but he only lasted two shows. Future Mother Love Bone drummer Greg Gilmor replaced Wied but he too only lasted two shows.

In the fall Jason Finn (later of The Presidents of the United States of America) joined Skin Yard. Jason left after eight months for personal reasons. Scott McCullum filled the vacancy in May 1987. He lasted two years and left after a U.S. tour that was quoted as being "the tour from hell". Skin Yard took a fourteen month hiatus and when Barrett Martin joined the band they started playing again.

In March 1991, Daniel House quit the band because he had just become a father and wanted to spend time with his family. He was replaced by Pat Pederson who stayed with the band until their breakup. The band had decided to break up after recording their 5th album.

Ben McMillan and Scott McCullum had started the band Gruntruck prior to the break up. Pat Pederson and Barret Martin worked with Jack Endino in Endino's Earthworm. Daniel House is now head of C/Z Records. Barrett Martin played with Screaming Trees until their breakup. Martin also worked with Alice in Chains singer Layne Staley and Pearl Jam guitarist Mike McCready in Mad Season, Peter Buck of R.E.M. and even toured with R.E.M.

Start At The Top