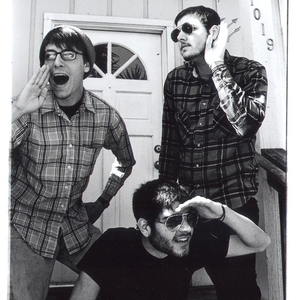 Sheena formed together around 2003 with Peter Wallner, Matt Wilson, and Joe Weed all having experience together in a creative musical environment. Matt McClaine, a drummer of the early band, parted ways in 2005. The remaining members decided to carry on with the "Sheena" moniker, and began writing material that represented their evolution towards electronica inspired dance rock. In 2006 the band signed to Santa Cruz's Love's in Heat records and released their debut album, "Wah-Ha era" recorded at Santa Cruz's Indigital Studio.

In early 2007 Sheena performed shows with Of Montreal at The Avalon in Hollywood, The Attic in Santa Cruz, and the Great American Music Hall in San Francisco. They have also shared the stage with great acts such as !!!, Ariel Pink, Subtitle, Books on Tape, Giraffes? Giraffes! and Death of a Party.

In June 2007, the band plans a west coast tour in support of "Wah-Ha era" followed by the release of their 12" maxi-single entitled "Between the Planets: Log 1" featuring "Love Me at All".