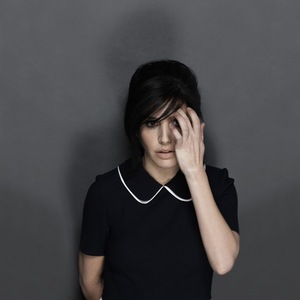 ?I'm a firm believer that every time you sit down to write a song you should try and write a hit record.? So says Sharleen Spiteri, a singer and songwriter who already knows more than a thing or two about hit records as the frontwoman of Texas. Formed in Glasgow in 1986, Texas were one of the great success stories of ?90s pop, selling over one and a half million copies of their 1996 album White On Blonde in the UK alone.

In a decade dominated by male guitar bands, Spiteri was a welcome female alternative, blessed with a smooth, soulful voice but unafraid to strap on her black 1967 Telecaster guitar and rock out with the best of them.

By 2005, Texas could boast a staggering 15 platinum discs (six-a-piece for White On Blonde and 2000's Greatest Hits, another three for 1999's The Hush) and 13 top ten hits including such modern pop classics as ?Say What You Want', ?Summer Son' and their bluesy 1989 debut, ?I Don't Want A Lover'. ?Texas are my family and they'll always be there,? says Sharleen. ?But after the last record, everybody decided they wanted to do different things and different projects. I had to think about what I wanted to do with my life, on top of which my life was going through some big personal changes. So I just decided, that's it. I need to make a solo record and step up to the challenge. When I told the boys in Texas, they just said, ?Great. You go for it.' So I did.?

The result is Melody - the stunning solo debut from the face and voice of one of the biggest British bands of recent times. Not only did Sharleen write the whole album, she also produced it, taking complete artistic control of its every sonic nuance. Steeped in the sound and textures of ?60s soul, ?50s rock'n'roll and doo-wop, it's an album that's vintage in flavour yet utterly contemporary in spirit. Beside the new generation of retro-obsessed UK songbirds such as Amy Winehouse, Duffy and Adele, it's a timely reminder that Sharleen was already dabbling in similar influences over a decade ago, be it Tamla Motown (?Black Eyed Boy'), Marvin Gaye (?Say What You Want') or Elvis Presley (cross-dressing up as The King for 2001's ?Inner Smile' video). Going solo has allowed her the freedom to indulge in such consuming passions even further, creating an album that proudly wears its influences on its sleeve. ?I've always wanted to make a Nancy Sinatra record,? she explains. ?That was never going to happen with Texas, but being on my own meant I could take complete control and make the kind of album I've always dreamed of. That's what Melody is all about. It's my dream Nancy and Lee Hazlewood record, but with Johnny Cash, Motown, Elvis, The Righteous Brothers, all these things thrown in. That's what it boils down to. My ultimate personal fantasy record.?

From the very first note of ?It Was You', Melody announces itself as a musically stylish, lyrically powerful journey in which Sharleen exorcises her personal heartbreak to a classic pop soundtrack. ?It's a very strong female record,? she agrees. ?I recently found myself in a situation where the ten year relationship with the father of my child had ended, so I was alone, just myself and my daughter. Things come along in life which you're not prepared for and you have to learn how to deal with them, however sad. A lot of the lyrics are very personal about things that happened, but the whole process of making this album was really my way of moving on and starting a new chapter. You just gotta pick yourself up, put your heels on and get on with it.?

True to her ethos of writing every song like it's a hit, Melody boasts a blinding array of pop gems; the infectious ?It Was You', the sad but sumptuous ?All The Times I Cried', the ?50s flavoured ?Don't Keep Me Waiting' and her most Motown moment yet, ?Stop I Don't Love You Anymore'. It also sees Sharleen revel in her love of John Barry soundtracks with its sweeping cinematic string arrangements, as well as homages to her Gallic pop heroes Serge Gainsbourg and Francoise Hardy. ?You can go a bit mad making your own record,? she laughs. ?But I'm a real geek when it comes to music and knowing the exact sounds I want, the exact feel I'm going for. Even if that means telling musicians to ?Play the tambourine like you're having the best sex you've ever had.' Whatever it takes to get it right.?

Melody was recorded in various studios in Glasgow and London (including Sharleen's home), as well as Spain. ?I wanted to go on holiday but I didn't want to stop recording,? she explains. ?So I hired a villa and invited my band to come out and bring the equipment. Breakfast in the sun, then making music, relaxing afterwards with some wine. It was a brilliant way of making an album.? Its collaborators include co-producer Bernard Butler, who worked with Sharleen on ?It Was You'. ?We did that at Edwyn Collins' studio, West Heath, in London,? she says. ?An amazing place, full of vintage equipment and mad stuff. It was completely the right vibe.?

The album's twangier moments such as the campy ?I'm Gonna Haunt You' come courtesy of Kaiser George, guitarist with retro rockers The Kaisers and Los Straitjackets. ?George was perfect as well,? says Sharleen. ?Nothing exists for him after 1963. He likes The Beatles, but only until 1962. He looks like Buddy Holly and always dresses immaculately in a suit and tie. He's a one-off but he completely understood the sounds I was after.? Arguably the biggest unsung hero in the creation of Melody was Mr Spiteri - Sharleen's dad. ?I got him to paint the garage with high gloss paint so it would create a reverb chamber,? she explains. ?But - poor dad - I nearly killed him. He was near suffocating on these fumes. He painted it in twenty minute bursts, taking breaks to stop himself from getting high!?

The finished album more than justifies Spiteri's decision to bravely go it alone - a dynamic pop record which, more so than ever before, highlights the voice, soul and spirit which have already made Sharleen Spiteri one of the most successful women in British music of the last 25 years. ?I'm still really excited by music,? she concludes. ?Maybe the fact I've been doing this 20 years means I should be thinking about stepping aside, but I can't help it. I love pop music, I've always loved pop music and with Melody I feel I'm being honest to myself about who I am and the music I want to make. At the end of the day, this is me.? Catchy, tender, sexy, soulful, frisky and once heard never forgotten. Melody is most definitely Sharleen Spiteri to the core.