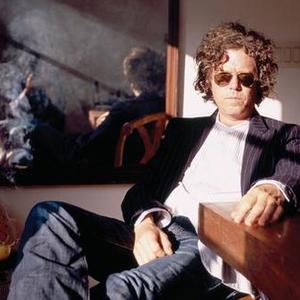 Long before rising to prominence as leader of the insurgent country group The Jayhawks (and the all-star collective Golden Smog), Gary Louris grew up in Toledo, OH, where he took piano lessons as a youngster. When he was 14, his mother gave him a classical guitar, suggesting he could bring the instrument to parties and become more popular. He started writing songs in college, but it wasn't until he had graduated that he purchased his first electric guitar.

In the early '80s, Louris joined the group Safety Last. Vocalist/guitarist Mark Olson, who had been in a rockabilly band called Stagger Lee, and Marc Perlman from the Neglectors had formed the Jayhawks in Minneapolis by early 1985, playing their first show in front of a small crowd. Louris happened to be in the audience and, after hitting it off with his future songwriting partner Olson, joined the band. The Jayhawks released their debut album in 1986, pressing only a few thousand copies. The group's popularity grew and Olson and Louris started to work as a songwriting team. In 1988, Louris was injured in a nearly fatal automobile accident and the band went on hiatus. Meanwhile, in 1989, Twin/Tone Records released 'Blue Earth', a collection of overdubbed and remixed demos that became a critical success. Louris soon rejoined the rejuvenated band. The band was signed to American Records for their breakthrough album, 1991's 'Hollywood Town Hall', and scored an opening slot on tour with The Black Crowes. However, shortly after the next album, 'Tommorrow the Green Grass' -- which featured the successful single "Blue" -- Olson left the band. With Louris at the helm, the Jayhawks released 1997's Sound of Lies and 2000's 'Smile'. The albums represented a move away from the band's trademark country rock, experimenting with pop and different sonic landscapes. Although the Jayhawks took an extended (and possibly permanent) break in 2005, Louris continued experimenting with different genres, even writing material for theDixie Chicks' Grammy-winning effort 'Taking the Long Way'. He also launched a solo career, teaming up with co-producers Thom Monahan and Chris Robinson to fashion the sounds of 2008's 'Vagabonds'. Meanwhile, he continued his membership in the all-star roots rock collective Golden Smog, having played with the band since the release of their debut EP in 1992.