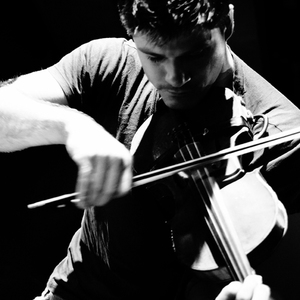 Seth Bernard Lakeman (born 26 March 1977) is an English folk singer, songwriter, and multi-instrumentalist, who is most often associated with the fiddle and tenor guitar, but also plays the viola and banjo. Nominated for the Mercury Music Prize in 2005, Lakeman has belonged to several musical ensembles, including The Lakeman Brothers with his two brothers (both fellow folk musicians) Sam Lakeman and Sean Lakeman and subsequently with Kathryn Roberts and Kate Rusby in the folk 'supergroup' Equation. After leaving Equation in 2001, Lakeman quickly established himself as a popular solo act.

Lakeman grew up with his two brothers Sean and Sam in the village of Buckland Monachorum in West Devon, England. He began playing music with his parents and two brothers at an early age. As The Lakeman Brothers, the three brothers released their debut album Three Piece Suite in 1994. Later that same year they were invited by two Yorkshire based singers Kathryn Roberts and Kate Rusby to join them as a backing group on a tour of Portugal. After the tour the five musicians became a permanent group and called themselves Equation. The group were signed in a record deal with Time Warner in 1995. After three full albums (Return to Me in 1996, Hazy Daze in 1998, and The Lucky Few in 2000), and tours in the UK, Europe and the United States, Lakeman left Equation in 2001. With his brother Sam he appeared on Sam's wife Cara Dillon's eponymous debut album, which featured Lakeman on fiddle, guitar and vocals. The album won two awards at the 2002 BBC Radio 2 Folk Awards.

In 2002 Lakeman released his first solo album, The Punch Bowl, which received wide critical acclaim including a review in fRoots magazine which said: "The songs don't just glide smoothly by.....they get their claws into you".

Kitty Jay, Lakeman's second solo album was released in 2004. The title track of the album tells the story of Jay's Grave, a well known location on Dartmoor. That same year he collaborated with Devon singer-songwriter Steve Knightley and young local singer Jenna Witts on the album Western Approaches.

A UK tour in Autumn 2005 followed his Mercury Music Prize nomination, after which Lakeman and his band (regularly brother Sean on guitar, Ben Nichols on bass, Andy Tween on drums), toured extensively with folk-rock band The Levellers, who took to closing their set with a "fiddle off" between Lakeman and Levellers' fiddler Jonathan Sevink. Other support tours with Billy Bragg and Jools Holland brought Lakeman's music to a wider audience.

In March 2006 Lakeman began a UK tour in order to promote his new album Freedom Fields which was released on iScream. He signed to a new major record label, Relentless Records, promptly releasing a new single "Lady of the Sea" in early August 2006.

His fourth solo album, Poor Man's Heaven, was released on 30 June 2008 with an accompanying tour. It introduced a rockier edge to the folk of the previous albums. His fifth solo album, Hearts & Minds, was released on 19 July 2010. Lakeman released his sixth album called Tales From The Barrel House on 18 November 2011.

Ballads Of The Broken Few

Tales From The Barrel House