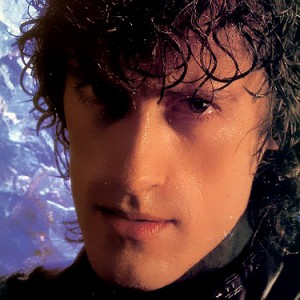 Rupert Hine (full name Rupert Neville Hine) is an English musician and also a prolific producer in the synth pop era, helming albums such as Tina Turner's "Private Dancer", Howard Jones's "Human's Lib", Saga's "World Apart", and The Fixx's "Reach the Beach". He was founder of the band Quantum Jump, and also recorded under the name Thinkman which he conceived as a virtual band. Many fans consider his tryptichon "Immunity", "Waving Not Drowning", and "Wildest Wish To Fly" to be his masterwork.

While being an extremely succesful producer for the international Music Industry in the 1980s today his genius as a solo artist is mainly recognized by music enthusiasts and electronic music insiders. The German electronic artist Bob Humid claims to be influenced a lot by Hine's highly developed production skills where audio-edits were to a large extent meaningful and precise. Rupert Hine was a enthusiastic user of the Fairlight CMI, the world's first Sampling Synthesizer.

Life Is A Full Time Occupation

The Wildest Wish To Fly (Vinyl)

Pick Up A Bone (Vinyl)