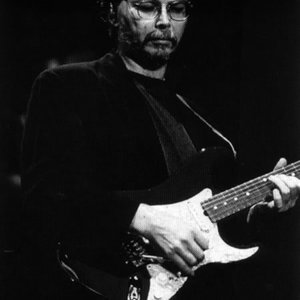 Walter Carl Becker (born February 20, 1950) is an American musician, songwriter and record producer. He is best known as the co-founder, guitarist, bassist and a co-writing half of the duo which make up the rock band Steely Dan. Becker was born in Queens, New York, grew up in Westchester County and Forest Hills, Queens, and is a graduate of Stuyvesant High School in Manhattan, class of 1967. After starting out on saxophone, he switched to guitar and received instruction in blues technique from his neighbor Randy California of Spirit.

Becker met his long-time musical partner Donald Fagen while attending Bard College in Annandale-on-Hudson, New York. Becker and Fagen formed and played in a number of groups, their youthful career also included a stint with Jay and the Americans under pseudonyms prior to relocating to California and forming Steely Dan. Initially a full-fledged group and later distilled to the Becker-Fagen partnership augmented with numerous studio musicians, the band released seven successful albums in its initial ten-year career. In addition to co-writing all of the band's material, Becker played bass on many of the band's tracks, as well as providing guitar solos, rhythm guitar, occasional backing vocals and arrangements.

Following Steely Dan's breakup in 1981, Becker moved to Hawaii, and began a career as a record producer, producing records from Rickie Lee Jones, China Crisis and Michael Franks. Becker is actually credited as one of five official members of China Crisis on the sleeve of their 1985 album Flaunt the Imperfection, which he also produced; he also produced tracks on their 1989 album Diary of a Hollow Horse, although he is not credited as a band member on that release.

Becker reunited with Fagen briefly to collaborate on the debut album of U.S. singer, former fashion model Rosie Vela. Their partnership properly resumed in the mid-1990s as they undertook a tour under the Steely Dan moniker in 1993, effectively reuniting the band. Becker also produced Fagen's album Kamakiriad in that year as well. In turn, Fagen co-produced Becker's belated solo debut album, 1994's 11 Tracks of Whack.

Steely Dan continued touring, and their work on new material resulted in the first Steely Dan studio album in two decades, 2000's Two Against Nature. The album won four Grammy Awards, including Album of the Year. The duo was inducted into the Rock and Roll Hall of Fame in 2001. The next Steely Dan record, Everything Must Go followed in 2003, featuring Becker's bass and electric guitar work, as well as the first studio Steely Dan track with a lead vocal by Becker, "Slang of Ages". The band spent the following years touring behind their back catalog.

Becker was later inducted into the Long Island Music Hall of Fame on October 30, 2008. Becker's second solo album, Circus Money, was released on June 10, 2008. The album prominently featured Becker's bass playing, performances by much of the Steely Dan backing band, and work by producer Larry Klein (who received co-composition credits on all but one song). The songs were heavily inspired by reggae and other Jamaican music.

In 2001, both Becker and Fagen received Honorary Doctor of Music degrees from Berklee College of Music.

Other works
Becker produced Fra Lippo Lippi's 1987 Norwegian single, "Angel", as well as the 1985 China Crisis album, Flaunt The Imperfection. In 2005, Becker co-produced and played bass on the Krishna Das album All One. Becker played solo guitar on the title track of the 2005 Rebecca Pidgeon album Tough on Crime. Madeleine Peyroux's 2006 album Half the Perfect World featured a single, "I'm All Right", that was co-written by Becker with Peyroux and producer Larry Klein. Peyroux's 2009 album Bare Bones contains two songs co-written by Becker: the very Steely Dan-esque, "You Can't do Me" and the title-track "Bare Bones".