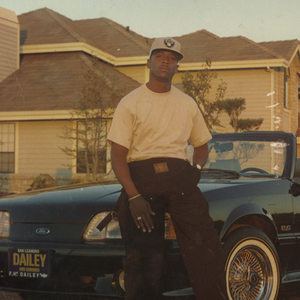 Set apart by his rapping style and influence on Snoop Doggy Dogg (by Snoop's own admission), Richie Rich first entered music in the late '80s with the Oakland-based group 415. With D-Loc, DJ Darryl, and JED, Rich crafted a Bay Area classic called 41Fivin', which sold well around the region and spawned a Richie Rich solo album, Don't Do It. As the group was ready to sign a major-label contract with Priority in 1990, however, Richie Rich was arrested for possession of cocaine.

415 released its next album and faded from the scene soon after, while Rich sat in jail; he was released a year later, and began appearing on tracks by the Luniz and 2Pac before forming his own label Oakland Hills 41510 and releasing 1/2 Thang. By 1995, Richie Rich had become the first Bay Area rapper to sign with New York's Def Jam Records, and his major-label solo debut, Seasoned Veteran, was released in late 1996. This CD had some of his most memorable classics; "Lets Ride" and the Tupac tribute "Do G's Get To Go". The two most famous songs he did with Tupac are; "Rather be your Nigga" & "Aint Hard To Find" which featured other Bay Area artists. His long-awaited sophomore effort, The Game, was issued four years later.