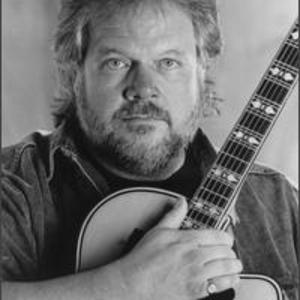 Randolph Charles Bachman born September 27, Born in Canada, Randy Bachman has become a legendary figure in the rock and roll world through his talents as a guitarist, songwriter, performer and producer. He has earned over 120 gold and platinum album/singles awards around the world for performing and producing. His song writing has garnered him the coveted #1 spot on radio play lists in over 20 countries and he has amassed over 40 million records sold. His songs have been recorded by numerous other artists and placed in dozens of television, movie and commercial soundtracks.

His music has provided a veritable soundtrack of the last thirty years of popular music.

He first scored Billboard radio chart success with his band The Guess Who in 1965 performing the song,Shakin' All Over.After this initial success it would be another few years before the glare of the spotlight would be cast upon these young Canadian boys again. Sticking it out through some misadventures paid off for the band and they worked their way back up to the top of the charts in a spectacular way. This time, The Guess Who went on to virtually own the pop charts with an unprecedented run of 5 million-selling singles, all the product of the gold plated Randy Bachman-Burton Cummings song writing team. By 1970, The Guess Who had sold more records than the entire Canadian recording industry to that point, even outselling the Beatles that year. Their hits included These Eyes, Laughing, Undun, No Time, No Sugar Tonight and American Woman.

Due to health concerns and desiring a change in lifestyle, which would include spending more time with his young family, Randy left the Guess Who at the height of their success. While this move stunned the music world, Randy knew that he could never leave music behind. He formed Brave Belt - a country rock outfit in 1970 and experimented with a new musical style and lineup that eventually metamorphosized into Bachman-Turner Overdrive.

Unbelievably, Randy's success with Bachman-Turner Overdrive would eclipse his earlier triumphs and give him yet a third run at the pop music charts. Monstrous hits for the band included, Let it Ride, Roll on Down the Highway, Takin' Care of Business and You Ain't Seen Nothin' Yet which reached #1 in over 20 countries. Randy's career has been built upon his unstoppable drive to work at creating music. He has released numerous solo albums throughout his career, and has simultaneously worked at producing for other artists. His production/writing work with Canadian rock band Trooper generated gold and platinum records in the 1970's.

His love of guitar music and a desire to support some unsung and legendary guitar greats including his early mentor Lenny Breau, led him to found the jazz guitar record label Guitarchives Music, which rescues and releases otherwise lost archival guitar music. As well he founded Ranbach Music, a label which releases archival Guess Who recordings, and other material which never made it to CD.

His songs have been recorded by a diverse selection of artists including Lenny Kravitz' (performing American Woman) and used for television and movie soundtracks including "Seinfeld," "The Simpsons," "American Beauty," and "Austin Powers 2." He has been animated on "The Simpsons," sat in and preformed with "The Late Show with David Letterman" band and is listed in the Guinness Book of Worlds Records when, led by Randy, 3,800 guitarists jammed to Takin' Care of Business.

Most recently, Randy, among 75 individuals, will receive Canada's highest civilian honour for lifetime achievement, the Order of Canada. Noted for his contributions as an iconic Canadian rock musician and for his support of emerging Canadian artists as a producer, Randy received the Order of Manitoba in 2005. Randy Bachman continues to be in much demand as a songwriter, session player and solo artist. Though his music industry awards include dozens of coveted acknowledgments of legendary achievements, when asked which award is his most prized, he responds, "The one I haven't got yet."

He has played an integral role in the evolution and growth of the Canadian Music industry and continues to serve as both an inspiration and impetus for others to succeed.

By George By Bachman

Every Song Tells A Story