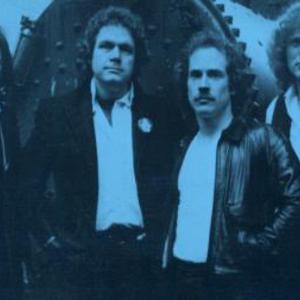 There are at least 3 bands named Ironhorse. 1. Hardcore\Sludgecore band from the USA. 2. Winnipeg's Ironhorse were formed in 1978 after Randy Bachman had exited Bachman-Turner Overdrive and experienced failure as a solo artist. With new label backing by Scotti Brothers, Bachman assembled the band while recording demos for what would eventually become Ironhorse's debut album. The album hit the streets in 1979 and quickly their first single cracked the Billboard Top 40.

1. Hardcore\Sludgecore band from the USA.

2. Winnipeg's Ironhorse were formed in 1978 after Randy Bachman had exited Bachman-Turner Overdrive and experienced failure as a solo artist. With new label backing by Scotti Brothers, Bachman assembled the band while recording demos for what would eventually become Ironhorse's debut album. The album hit the streets in 1979 and quickly their first single cracked the Billboard Top 40. Two subsequent singles and a North American tour brought the band moderate success, but pressure from the label to refine the sound resulted in the ousting of keyboardist Tom Sparks. Ex-Trooper keysman Frank Ludwig stepped into the vacancy and the band's sophomore album "Everything Is Grey" was released in 1980. The singles from the album failed to chart and the band's fortunes went from hopeful to hopeless, prompting the band to split after their final tour stop in 1981. Bachman would soon draft Ex-BTO bassist CF Turner, as well as two Ironhorse members for his new project, Union. He has also issued numerous solo recordings over the years, as well as several brief reunions with BTO and The Guess Who. http://robotsforronnie.blogspot.com/2007/08/ironhorse-ironhorse-1979.html

The commitment and dedication brought to the table by these five guys is one of the key factors in their success. Charlie has performed on 20+ albums over the past two decades, Geno has toured with some of Country music's biggest stars as well as some unique rock acts. Gaetano has studied with some of Europe's finest teachers and has played to thousands. Matt, and Mike, offer up years of writing and performing experience as well.

Early in 2007, with a new lineup, the band decided to do the next logical thing...make more great music! The writing and recording began, and over a period of about four months, the guys had in front of them thirteen brand new songs. With a new lineup and a new cd, it's now time to hit the road. We are booking as hard as we can to bring this music to the masses!!

The New CD: "CHANGE MY RELIGION"

IronHorse is ready for anything and everything, back in the saddle with a new CD that promises to thoroughly entertain an audience as diverse as the music this disc contains, while shifting the band's career into high gear. This 13-song collection covers a lot of ground ? carving a unique niche for this act best labeled as THE RETURN OF MELODIC HARD ROCK!

A high energy marathon that features new material from the new IronHorse CD, with a few surprises along the way. Throw in a healthy helping of sweat, leather, smiles, high fives and a love and appreciation for their audience, and wash it down with a shot of whisky and a cold beer and you get an idea of what an IronHorse show is all about.

A self-proclaimed ?People's Band?, this act is committed to taking the show on the road ? over 600 shows in the last four years. In addition to headlining major events such as the 2003 Freedom Festival in San Diego to welcome US troops returning from the middle east, IronHorse has opened shows for ZZ Top, 38 Special, Ted Nugent, Skid Row, RATT, The Kentucky Headhunters, The Outlaws and more. This group is ready to Bring It On to those hungry for music that is real and powerful, that makes you feel something, enjoy yourself, and keeps you coming back for another listen.

Exposure on over 100 stations on multiple formats including Rock, Country, Classic Rock, College Radio, and Internet radio. An On The Radio page for this site is in the works, and will contain a full list of IronHorse-supporting stations and programs.

Throughout the band's history, IH has been actively involved in helping raise over $60,000 for a variety of good causes ? in fact, the band's first show ever was a benefit for an Ohio child in need. For the past three years, IronHorse has headlined Justin's Run For Hope, an annual event in Caledonia OH which raises money for children in need of medical help (plans are underway for 2006 ? for information on how to help, email shovelhd@aol.com).
IronHorse was quick to answer the call after 9-11, performing benefit concerts for fallen firefighters and other victims.
In 2003, IronHorse headlined the Concert For CASA (Court Appointed Special Advocates) in Nashville to raise money for this great organization that represents the needs of abused and neglected children.
Recently, the band helped promote the 3rd Annual Charity Motorcycle Ride to benefit the Georgia Sheriff's Youth Homes. The homes provide long-term care for dependent, neglected, and abused children.

With the release of the new CD "CHANGE MY RELIGION", tour dates and appearances being confirmed daily, and with new fans constantly discovering the band, IronHorse is hell bent on doing what they do best ? making music, entertaining people, and having fun ? for a long time to come.