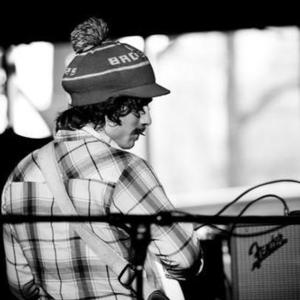 Portugal. The Man is an experimental indie rock four-piece centered on frontman John Baldwin Gourley's abstract musical approach and corresponding upbringing. He was raised in a sort of technological isolation: his log cabin home in the winter wasteland of the fringes of Wasilla, Alaska was powered by a generator and had no telephone. Both of his parents helped completely immerse him in the unique lifestyle that comes with a land of seasonal darkness and perpetual cold with their jobs as dog sled mushers.

Gourley's innate curiosity and individual spirit combined with a fascination with science fiction and experiences of homelessness create a distinctly transcendent sound that is always open to interpretation and change.

Even though members were born in Alaska, the band formed in Portland, Oregon, USA, in 2004 with the union of Gourley (vocals, guitar, organ, machines) and his childhood friend Zachary Scott Carothers (Bass, percussion, vocals) after the break-up of their band Anatomy Of A Ghost. Jason Sechrist (Drums and Gang) of Portland, OR joined in 2005. Current lineup includes Ryan Neighbors (Piano, Rhodes, Organ, Synth, Vocals). They are however known for fluidity in both their music and their lineup and often feature guest appearances.

The band's debut album, Waiter: "You Vultures!" was released by Fearless Records on January 24th, 2006.

On June 22, 2007 they released their second full length, Church Mouth. The band then set out on a full US tour with support from The Photo Atlas, Play Radio Play, Tera Melos, and The Only Children. They then toured Europe, and followed it up with another US headlining tour with support from Rocky Votolato and Great Depression during September and October. Following this tour, they joined Thursday on a short east coast tour in November alongside Circle Takes the Square.

Portugal. The Man collaborated with the band The Sound of Animals Fighting on the re-release of their first album, "Tiger and the Duke." Portugal. The Man remixed three of the songs on that album.

On July 30, 2008, it was announced that Portugal. The Man would release Censored Colors under its independent record label, Approaching AIRballoons, with a partnership with EQUAL VISION RECORDS. The album was released September 16, 2008.

As of October 2009, It was announced through Twitter that Portugal. The Man have completed another album entitled "American Ghetto" which combines their progressive rock style from their latter albums with some of the electo style from their "Its Complicated Being A Wizard" release. A listening party was held for a group of 17 fans in Los Angeles CA. The album was released on March 2, 2010.

The Got it All (This Can't Be Living Now) Songfacts reports the band's sixth album and first for Atlantic, In the Mountain in the Cloud, was released on July 19, 2011.