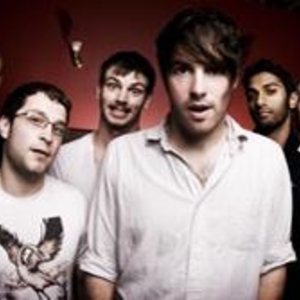 Gatsbys American Dream is a seattle-based rock band. Since their founding in 2002, they have written four albums with a fifth in the works. They have also appeared on a few compilations with original songs and covers. Gatsbys American Dream gets their name from The Great Gatsby, a book written by F. Scott Fitzgerald. Although it's widely agreed the band is hard to classify into one subgenre, it can be said they draw influence from alternative pop/rock, indie pop, indie rock, post-hardcore, and punk-pop.

Gatsbys began with the disbanding of two bands called One Point Two and Good For Nothing. Bobby Darling was a guitarist for One Point Two and met up with Nic Newsham and Ryan Van Wieringen who were the lead singer and guitarist from Good For Nothing. The completion of Gatsbys didn't come until they recruited Kirk Huffman (formerly of K Through Six) to play bass and Dustin McGhye as their drummer, to make them a five piece band.

When Kaylan Cloyd from the band Acceptance got his hands on a Gatsbys demo, he handed it off to record label Rocketstar Recordings owner Darrick Bourgeois. Shortly after this, they were signed by the local record label and worked with producer Aaron Sprinkle to record their 2002 debut album Why We Fight. Their first show after being signed drew in a crowd of 500+, which was largely due in part to the extensive promoting by Rocketstar.

In The Land Of Lost Monsters