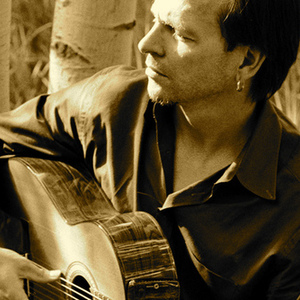 german Ottmar Liebert composes, performs and records music in a "nouveau flamenco" style, which mixes elements of flamenco with jazz, bossa nova, and other genres. Ottmar Liebert's music can be difficult to categorize, which is welcomed by the artist himself. It is usually placed in the new age section at record stores, or under world music from Spain. He has recorded with his band, Luna Negra, since 1990. Liebert describes Luna Negra as a "rubber band"--it changes with the seasons, members are always coming in or out. The only constant members are Ottmar himself and bassist Jon Gagan.

Since 1990, Liebert has released a total of 23 albums, including live releases, Christmas CDs, 10 CDs of original music, a DVD and remixes. His debut album sold double-platinum and has become one of the best-selling guitar albums. His fans ? hardcore guitarists and guitar fans, instrumental music aficionados and numerous lovers of his often poignant, always inspired sound ? are ardent in their appreciation of Liebert.

Today, Liebert offers his own recordings and those of other artists, plus loops and individual tracks that make up some of the songs, in his newly created Listening Lounge, where one can find recordings unavailable elsewhere under a creative commons Sampling Plus 1.0 license.

Petals On The Path

The Scent Of Light