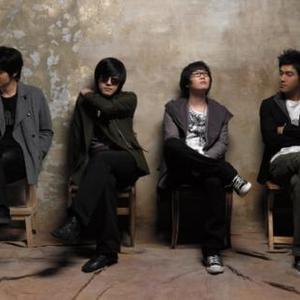 There are two bands called Nell: 1) Nell from Korea 2) NeLL from Poland ? (Nell) (Seoul, Korea) Nell is a band with an appealing power to music lovers with their unique sound and color accompanied with deep lyrics. The band is made up of 4 members who were all born in 1980. ???(Kim Jong-wan) is the vocalist, guitarist, and keyboardist of the band who writes all the music and lyrics for the band.

1) Nell from Korea
2) NeLL from Poland

? (Nell) (Seoul, Korea)
Nell is a band with an appealing power to music lovers with their unique sound and color accompanied with deep lyrics. The band is made up of 4 members who were all born in 1980. ???(Kim Jong-wan) is the vocalist, guitarist, and keyboardist of the band who writes all the music and lyrics for the band. ???(Lee Jae-kyung) plays the guitar, ???(Lee Jung-hoon) plays the bass guitar and ???(Jung Jae-won) plays the drums. First formed in 1999, the rock band re-named itself ?Nell? after the title of a movie in which Jodi Foster starred.

Mainly performing in the clubs around the Shinchon area, Nell released two albums in the Indie music scene. The first one is ?Reflection of Nell? released in January of 2001 and the other is ?Speechless? released in September of the same year. Their hit numbers from the two albums are ?Words That Shouldn't Be Trusted,? ?Already Said and Done,? ?A Somewhat Sad Story? and ?The Rain of Leaves.?
The turning point for Nell's musical career was after the band participated in the rock festival designed by Seo Taiji, the 2002 ETPFEST and joined the Goesoo Indigene Label. The Goesoo Indigene Label was established by Seo Taiji in order to stir up a change in the local pop music scene dominated by a few genres of music. After preparing for more than a year with Goesoo Indigene, Nell released their major debut album ?Let It Rain? in June of 2003. Recorded at the G.I. Studio specializing in rock music, the album was evaluated to display great sound along with beautiful lyricism that deliver a clear color of sorrow.

Nell also performed in various live stages including ?Nell's Private Room?, a unplugged concert held in November of 2003. The band also participated in the ?2004 Live Wire? in January, 2004 and accompanied Seo Taiji in the concert held in Vladivostok, Russia in May, 2004. Nell's annual Christmas concert, "Christmas in Nell's Room", is famous for selling out very quickly every year - usually in less than 5 minutes.

In 2006 they left Seo Taiji's "Geosoo Indigene Label" and joined "Woollim entertainment", where they released their 2-cd 3rd major album (5th in total) "Healing Process". In 2007, they released "Let's take a walk", a re-arranged album consisting of 2 new songs and 8 re-arranged songs.

NeLL, hailing from Chorz?w, Poland, is an energetic indie rock band with a strong big beat influence.
The band was founded in 2003 by Sojer and Bartek, on the ashes of their former band Campbell. They played as a duo for several months, the bassist, Klaus joined the band shortly, though. They released self-titled demo in 2005. In November, Borsuk, a new drummer joined the group. He gave NeLL a strong blow of pure energy and enabled them to revise what they've done up to that point. With a new face, NeLL recorded two brand new songs: "Red Ribbons" and "Lady C", both acclaimed by the Polish Radio Trojka and later released on Piotr Stelmach's compilations.
In 2008 they released their first official single: Downwards The City. The single was funded by the fans via megatotal.pl website and therefore NeLL has became the first polish band ever which managed to release a single in such way.
Their debut album White Noise Zone was released in 2010 by Polskie Radio label.

Their influences include Nick Cave, Tom Waits, Nine Inch Nails, Joy Division, The Knife, Kraftwerk and more recently Interpol, Depeche Mode or The Kills. NeLL is rendering personal emotions into the language of sounds. They vent down their frustrations, joy and despair. The world in their music bends inside. The Real shines with its own glitter and ghosts sit at the bar or lie down to your bed. The music they play is as varied as we are. It's a rock'n'roll watching its mirror refelction. As one of NeLL's fans wrote: ?With this music, you can drink, die and do couple of other cool things.?