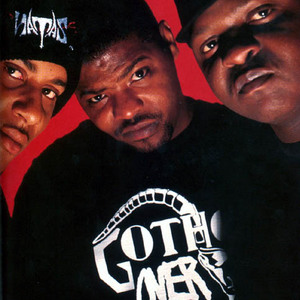 There is more than one Natas on last.fm. 1) Detroit Acid Rap Trio, Natas: Esham, TNT and Mastamind defined a dark style of hardcore rap characterized by decadent motifs and heavy metal-like aggression. Taking considerable influence from Niggaz4life-era NWA, the Detroit, MI, trio came hard on their 1992 debut album, Life After Death, to the point where their anger-exuding music alienated all but a small cult audience fascinated with their anarchic disposition and their self-termed style of "Acid Rap.

Taking considerable influence from Niggaz4life-era NWA, the Detroit, MI, trio came hard on their 1992 debut album, Life After Death, to the point where their anger-exuding music alienated all but a small cult audience fascinated with their anarchic disposition and their self-termed style of "Acid Rap." On this album they rapped about the most disturbing and shocking themes imaginable, capturing the darkest corners of their burnt-out city's most horrible ghettos with their lyrics in an attempt to be as hardcore as possible. To further the impact of these lyrics, Esham self-produced the album, laying down gritty beats and making effective use of rock samples to give the album a harsher tone.

Successive albums found the trio improving their rapping and their production, as they slowly matured, moving progressively away from mere exploitation. By the end of the '90s, their music had considerably evolved in terms of not only lyrical content and delivery but also in terms of production, resulting in an innovative realization of their original intent that finally blossomed on WWW.Com (Wicket World Wide).

Before forming NATAS, group leader Esham had already established himself as a solo artist, debuting at the end of the '80s with Boomin' Words From Hell, followed by a few EPs. At this time, Esham was a student at Osborne High School in Detroit, where he eventually crossed paths with Mastamind in the tenth grade. After listening to a three-song demo tape given to him by Mastamind, Esham decided to form a group with the promising rapper and TNT, a longtime friend. The three got together and decided to call themselves NATAS as a symbol of their anarchic, evil disposition at the time, being mere teenagers. In 1992, Esham released NATAS' debut album, Life After Death, on his REEL Life Productions label. Two years later he released a similar follow-up album, Blaz4me, an album nearly as twisted and disturbing as its predecessor. Then came the dark Doubelievengod album in 1995, which found the trio moving forward artistically as well as ideologically. When NATAS released Multikillionaire: The Devil's Contract in 1997, it became clear that the group had reached a turning point. Along with Esham's accompanying Bruce Wayne: Gotham City 1987 album from the same year, Multikillionaire broadened Natas' scope, aiming for conceptualism while abandoning the exploitative elements of previous works. NATAS resurfaced in 1999 with WWW.Com (Wicket World Wide), claiming that their name was an acronym for "Nation Ahead of Time And Space" rather than Satan spelled backwards in hopes of changing their image. The album improved upon Mulitkillionaire's flaws and represented a more mature representation of the group's ambitions. Featuring live instruments where Esham used to place samples, the album's production was considerably innovative for its time, marrying a rock attitude with a rap aesthetic and garnering considerable acclaim from the underground. Following this release, both Esham and Mastamind took time off to work on solo albums in the wake of the album's success and the Detroit rap scene's sudden evolution to a substantial hotspot for up-and-coming talent.

For those who have auto-correct turned off and are still scrobbling Los Natas to this profile, read about your erroneously scrobbled band here: http://www.last.fm/music/Los+Natas

4) Chicagoan death/thrash turned crossover trio, also known as Not Us.