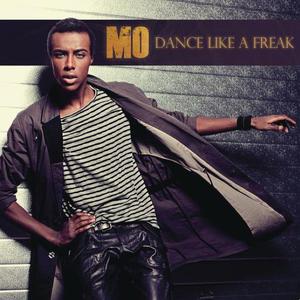 There are at least seven artists with the name Mo: 1. Mo is the Norwegian singer (Mohamed Abdi Farah) of Dance like a freak. 2. MO is a j-core artist. 3. Mo aka A2ThaMo is a hip hop artist from Oklahoma. 4. Mo is a french singer (Melodie Orru) 5. Mo is a German electronic producer responding to the name of Gabriele Loschelder. 6. Mo is an alias of UK electronic producer Modepth 7. Mo was a new wave band from the Netherlands.

Founded in 1979 by the brothers Clemens and Huub de Lange. Their debut album Mo, with Heili Helder (vocals) and Harm Bieger (drums), featured no guitars but keyboards and a bassoon (a woodwind instrument). In February 1981 they reached the album top 10 in the Netherlands. They had also succes with the singles 'Nancy', and 'Fred Astaire'.
This line-up folded in 1981, but Bieger continued the band with new singer Linda Bloemhard and two other new members. This second line-up released two albums (Ha ha! The sound of laughing and stop staring) and had some success with their concerts, mainly because of the stage personality of singer Bloemhard and the single 'Cheese'. Their single 'Asia' didn't chart in 1984 and the band split in 1985.

Dancing With An Eskimo