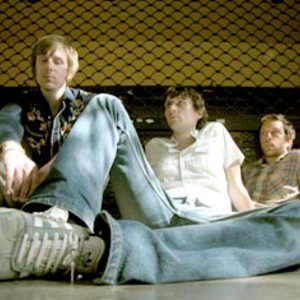 Lowgold are an English alternative rock band. Their name is often said to derive from a Nordic word briefly translated as "of hidden worth", however the band have admitted during interview that it is just a word that Darren Ford made up The band is comprised of vocalist Darren Ford, guitarist Dan Symons and bassist Miles Willey. Formed in 1998 in St. Albans, England, they signed with Nude Records, a financially-strapped recording company. They released the now highly revered Just Backward of Square in 2001 to mixed reactions from the British music press.

After the collapse of Nude Records they resigned to Sanctuary Records releasing the critically acclaimed Welcome To Winners in October 2003. The band now run their own independent label Dedtedrecords which saw the release of a double CD Lowgold retrospective collection called Keep Music Miserable in October 2005.

Lowgold release new album 'Promise Lands' on 31st March 2008 and will briefly tour around its release.