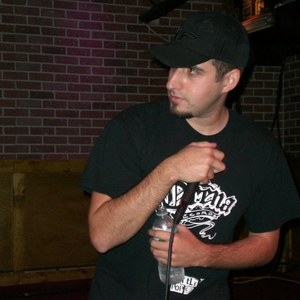 Italian American rapper from New York who released his first record in 2006 with DJ Premier. His debut album called "Each Dawn I Die" is released in 2008. "Autopsy" is just being finished now with some explosive features such as K SOLO, Ill Bill, cRITICAL Madness, Buckwild, BIG KO. Little Vic is doing most of the production, and the shit is BANGIN!!!!!! HOLLA @ him on twitter twitter.com/PopChPop

Little Vic is crashing onto the scene like a blast of fresh air. Armed with scathing rhymes and smoking beats, Vic sets himself apart with his innovative style, endearing personality and tremendous dedication. After years of cultivating and perfecting his craft, Little Vic is ready to give back to the industry that has inspired him. The Exorcist, is a first time collaboration with DJ Premier, half of the famous Gang Starr duo and an established hip-hop producer. Little Vic describes his opportunity to lay a track with DJ Premier as a dream come true. Hes really the only producer that still has that rugged NY sound and he has worked with all the best, Vic explains. Based on its name, people may assume The Exorcist, is a dark, violent song, but Vic and his lyrics rise above mainstream standards. Vic explains, The Exorcist is not about evil. Once you listen, you know it means something else. Its about bringing something out of you that you didnt even know was there. Born in New York as Victor John Orena III, Vic assumed the nickname of his grandfather, Little Vic, out of deep respect for his family heritage. Vic became involved with music at a young age, laying tracks in the studio with his Uncle Paulie, Big KO, and his cousin John. John who became DJ John John, now works closely with major music forces such as Shadyville Entertainment and is known on the New York music scene for his explosive mix tapes, often featuring tracks and freestyles from Little Vic. DJ Whoo Kidd, DJ Domination, DJ Woogie, DJ Front and DJ Eclipse have all brought Vics celebrated lyrical style to the streets on their impressive mix tapes. Little Vic's musical influences range from Jay-Z and Nas to Creedence Clearwater Revival, Otis Redding and The Four Tops, but for Vic writing a great song is not about following trends or biting anyone elses style. He is greatly influenced by his family, his unique personal experiences and anything else that helps keeps his mind open, his sound fresh and his lyrics intelligent. I just go into the studio and mix things together, Vic explains. When I see peoples heads moving, I know it works. Little Vic's EACH DAWN I DIE EP was released in april 2008 via Orena Records with distribution handled by Fat Beats.