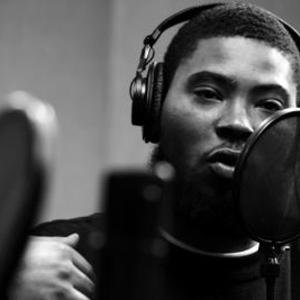 Reef The Lost Cauze is a Philadelphia mic-slayer on a mission. While some emcees are strictly studio, and others are basic battle cats, Reef brings well-rounded talent to the table with formidable stage presence, strong song-writing skills, and ferocious freestyle ability. His bold new solo album, Feast Or Famine, will be released September 20th on Good Hands/Eastern Conference. On the same date, Reef will make even more impact with the release of the Army Of The Pharoahs LP, a collaborative effort with emcees Vinnie Paz...

Earlier this year, Reef's Philly crew JuJu Mob released the album Black Candles to a wealth of praise from critics. Reef is preparing to release his own mixtape for the streets this August, in conjunction with the release of the first single, Fair One featuring Sean Price, from his upcoming Feast Or Famine LP. Needless to say, Reef The Lost Cauze is on the path to becoming one of Hip Hops true greats.

Having spent a great deal of his childhood acting in plays and performing, Reef fell in love with Hip Hop at the age of eight and has been rhyming ever since. By the time he reached high school, he had earned a reputation as a deadly battle emcee, jumping in any and every cipher he came across. It was not until he was accepted into Philadelphias University of the Arts on a film scholarship that he began to visualize a serious career on the mic. He began to hone his songwriting skills, and worked on perfecting his stage shows.

Realizing that he had found his true calling, Reef dropped out of college at age 19 to focus on his music. He linked up with Philadelphia producer Sleep E early in 2002 to begin recording his first solo project, The High Life. The 10-track album opened doors for Reef, and he began performing at area clubs, generating praise from fans and media alike.

In February 2003 Reef released Invisible Empire, an 18-track album that he distributed himself by way of a national schedule of shows. He won the Mic Check Battle in Philadelphia in 2003, after which he traveled to Oakland, California to take 2nd place in the Blaze Freestyle Battle. Titles and accolades aside, Reef describes the first year of his recording career as a time of growth, both professionally and personally. Life experience really came about in my writing, he says. I was comfortable with reaching beyond being simply an emcee and becoming a musician. I really wanted to take chances and play around with rhythm and flow - I lost all fear. The High Life was very basic as far song concepts, whereas with Invisible Empire I was very aware of the importance of dope, full beats. The second album brought out my thoughts and observations, and it erased a lot of things I had pent up inside.

Reef took his freestyle skills to another level early in 2004 with a rousing performance at the Beat Society production competition in New York, and a fierce win in the Riddle Records Mic Check Battle. He was also the End Of The Weak Challenge Champion at the Rock Steady Crew 27th Anniversary in July 2004, and went on to take the EOW Grand Championship title in 2005.

Mindful of his stunning battle prowess, Reef places a determined emphasis on balance with his songwriting and performance abilities. I love the rush of the crowd, he explains. I love to be on stage and have a place full of strangers be amazed at what Im saying, but battling doesnt excite me as an artist. Its a part of the culture, and it was always a way to get your reputation up and sharpen your skills. If you compare me in a battle to my being on stage at a show, it is two different energies. I'm much more at home and relaxed on stage performing my music.

Reef has put a lot of his life and business experiences into his Feast Or Famine project, and his range of expression will allow fans the opportunity to truly identify with him. This album is me at the top of my game, says Reef. I know who I am as a person, but more importantly as an artist - I feel like a pro this time around. The beats are more sonic, and although the mood is a little darker than my first two projects, the songs have a universal appeal that everyone will be able to relate to.

Reefs talent can easily take him back to his roots of film and acting, and he has plans to forge ahead into career management for the generation of artists after him. As he grows in the world of entertainment, it is certain that Reef The Lost Cauze wont get lost in the shuffle.