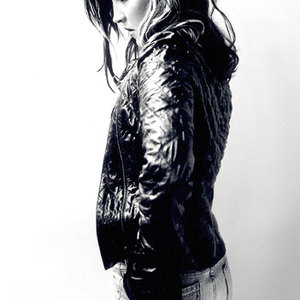 Lisa Marie Presley (born February 1, 1968 in Memphis, Tennessee) is an American singer, daughter of Elvis Presley and Priscilla Beaulieu Presley. Lisa Marie is a close friend of her father's ex-girlfriend Linda Thompson. In 2003, after advice from Thompson's record producer and then-husband David Foster, she launched a career as a singer. Her debut album, To Whom It May Concern, reached #5 on the Billboard 200 albums chart and was certified gold.

To promote it she presented a concert in the UK, something that her father never did but wanted. Presley released her second album, Now What, in 2005 and it reached #9 on the Billboard 200. It was certified gold in November 2005. Unlike her first album, Now What included a Parental Advisory sticker.
Lisa Marie attended a variety of schools, mostly boarding schools, a few in Los Angeles County (among them the John Thomas Dye School[1]), and also in Ojai, Ventura County, California, She was briefly a student at a Church of Scientology school in Los Angeles.
Her third album, Storm & Grace, came out on May 15, 2012. She said: "It's much more of a rootsy record, organic record, than my previous work."[cite this quote] It is produced by Oscar and Grammy-winner T-Bone Burnett.
Allmusic offered this view: "On her first two albums, Lisa Marie Presley wanted to be a pop star with a difference; on Storm & Grace, she clearly would rather be an artist, and if she's still working her musical shortcomings out of her system, this is a stronger, more mature, and more effective work than one might have expected. Nearly ten years into a recording career she may or may not have wanted, Presley is finally developing a musical personality that truly suits her."
Spinner.com observed: "Presley has made the strongest album of her career in the upcoming Storm & Grace. It's a moody masterpiece, exploring the demons and angels of her life to the tune of country-spiced downbeat pop."
"Storm & Grace is the album she was born to make -- a raw, powerful country, folk and blues collection that finds her embracing her Southern roots and family name," said Rolling Stone.[cite this quote] Entertainment Weekly praised the "smoky, spooky" single "You Ain't Seen Nothing Yet".

To Whom It May Concern