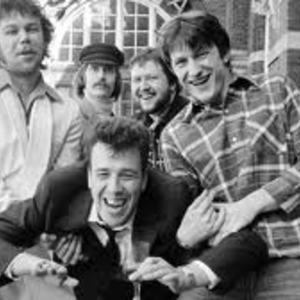 The Kursaal Flyers bridged the gap between pub rock and power pop, turning out a handful of fine albums and great singles in their brief two-year career. Comprised of Paul Shuttleworth (vocals), Graeme Douglas (guitar), Vic Collins (guitar, steel guitar, vocals), Riche Bull (bass, vocals), and Will Birch (drums), the band released their first album, Chocs Away, in 1975; it was followed soon afterward by The Great Artiste.

Both records showed a grasp of country and roots rock, as well as pure pop. They would begin to emphasize their pop elements with 1976's Golden Mile, released by CBS Records. The union with the major label helped the single "Little Does She Know" reach the British Top 20. Douglas left to join Eddie & the Hot Rods before the recording of their final album, Five Live Kursaals (1977); he was replaced by Barry Martin. The band broke up after the release of punk- and power pop-injected Five Live Kursaals. Out of the members, only Will Birch and John Wicks stayed active -- they formed the Records immediately after the Kursaal Flyers' disbandment. The Kursaal Flyers reunited in 1988, recording A Former Tour de Force Is Forced to Tour, which picks up right where they left off in 1977. ~ Stephen Thomas Erlewine, All Music Guide

In for a Spin: The Best of the Kursaal Flyers

The Best Of The Kursaal Flyers