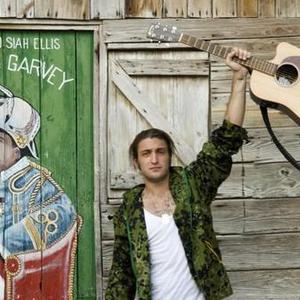 Ko Kapches was raised in a middle-class Greek family in the Queen and Broadview area in Toronto, Ontario. After falling into the trap of using and selling a wide variety of drugs as a 14-year-old, he soon found himself on an odyssey of rehabilitation centres across the United States. "I lived on the streets of San Francisco for a little bit until I eventually got in touch with my parents after a few weeks," Ko explains. "My father flew out and took me home, but I started living on the streets of Toronto anyways."

Ko spent much of his time with friends in small studios, crafting his talents as a rapper while beginning to write songs and playing guitar. Ko began to develop his own unique style he refers to as both urban funk and urban folk.

While Ko is still influenced by Toronto's underground rap community, he also enjoys more mainstream rap and ranks such diverse artists as Everlast, Kid Rock, Ani DiFranco, Thelonious Monk and Van Morrison among his favourites. He even has a tattoo of a lyric from Neil Young's "Down by the River" on his chest, Be on my side, I'll be on your side.

Kos eclectic taste is reflected in the originality of his organic sound.

"I want people to turn their heads love it or hate it," Ko says of his craft. "People say, 'Where can I get your CD? I've never heard this kind of stuff.'"

"I wrote some songs on the album when I was 18, but they still mean as much to me now as they did back then, especially when I play them for people who haven't heard them before. They didn't know that it was written four years ago. And even if they do, they can still sing along and enjoy it."