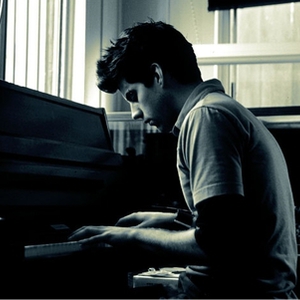 Jack's Mannequin started off as a side-project of Andrew McMahon, who is the vocalist, pianist and main songwriter of the band Something Corporate but has now become his main project. The band is based in Orange County, California. The name Jack's Mannequin originated from one of McMahon's songs called Dear Jack, which was written about a friend of his whose brother was diagnosed with childhood leukemia. Andrew himself was diagnosed with leukemia on June 1, 2005 and cancelled a show for the first time ever when he received the call from his doctor.

The initial impulse behind McMahon's new project Jack's Mannequin was "Locked Doors", a song he recorded in December 2003, which he felt was too different from previous Something Corporate material to be one of their songs. He realized that, if he would ever decide to release it, it would be on a solo album rather than a Something Corporate record. The idea seemed to be off the table, until in late summer 2004 both McMahon and his band mates were exhausted from months of touring. They decided to take a temporary break. During his time off, McMahon started writing songs, knowing they would not see the light of day as Something Corporate songs. These songs were a more therapeutic approach McMahon took, and therefore a more personal and intimate testament of his songwriting.

Over the next couple of months, McMahon began recording the newly written songs with producer Jim Wirt, who would play guitar and bass over sampled drum tracks, while McMahon contributed vocals and piano. They later brought in additional musicians such as Bobby Anderson (formerly of River City High) and Tommy Lee to add to the mix. In March 2005, Jack's Mannequin (now consisting of McMahon, Jon Sullivan on bass, Anderson and Jacques Brautbar on guitar and Jay McMillan on drums) played their first live show at Molly Malone's Irish pub in Los Angeles, California.

Their debut album, Everything in Transit, was released on August 23, 2005 debuting at #37 of the Billboard 200 with over 22,000 copies scanned within its first week.

Everything in Transit received a positive response from fans and critics alike. A summer tour was scheduled to support the record release, but was canceled after McMahon was diagnosed with acute lymphoblastic leukemia and had a bone marrow transplant. The band began recording their second album in the summer of 2007. In August 2007, McMahon posted the lyrics to the song ?Cellular Phone? on his blog,which the band played live at several shows in 2007 and 2008. Also, in February 2008, videos of live performances of two songs off the new record (?Caves? and ?Suicide Blonde?) were uploaded onto YouTube for public viewing. McMahon appears on the cover of Alternative Press's January 2008 issue, which contains an interview with him.

Their second album, The Glass Passenger, was released on September 30th, 2008, and is their first album with Sire Records. Despite numerous delays (the album was originally slated for release in April 2008) it has been well-received, and debuted #8 on the Billboard 200.

Previously, in August of 2008, The Ghost Overground EP was released exclusively on iTunes to promote the album, containing the songs "The Resolution", "Bloodshot", and two live performances of tracks from Everything in Transit. After the release of the EP, "The Resolution" topped the Billboard "Hot Singles Sales" charts.

Everything In Transit (10Th Anniversary Edition)