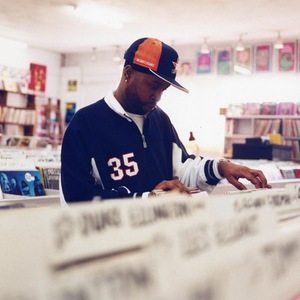 J Dilla was born James Dewitt Yancey on February 7, 1974 in Detroit, Michigan, to Maureen and Beverly Yancey. From the onset, music was intrinsic to Jay's life. His mother Maureen was an accomplished singer and lover of classical music and opera. His father Beverly was a gifted vocalist and bass player fond of vocal harmonies and jazz, who played professionally for 25 years before taking a job at Ford. A two-year-old Jay would gurgle along in perfect pitch to the sound of his father practicing on his upright bass until it lulled him to sleep.

Especially aware of the dangers that faced unoccupied youths growing up in their Detroit neighborhood of Conant Gardens, the Yancey's set out to keep their children as busy as possible between cub scouts, music lessons, youth choir, and any other church activities. Nurturing their son's early passion for music, Jay was always enrolled in some kind of music class, excelling on the piano, violin and cello, before moving on to the drums. But it was the lure of the boom-bap which ultimately moved him from the church pews to the studio.

"When I heard Run-D.M.C.'s "Sucker M.C.'s (Krush-Groove 1)" and Whodini's "Big Mouth", it made me curious to how the beats were made. Those songs were the first time I heard the beats that weren't melodic - just drums. Being someone who was taking drum lessons at the time, that made me real curious. That led me into deejaying, which slowly led to me deejsying parties and that eventually led me into production."

A fortuitous meeting with another talented Conant Gardens resident provided Jay with the direction necessary to pursue his dream. "Fortunately I ran into this cat just walking in the street, literally. This guy named Amp Fiddler. He just called us out and from that first day he actually showed all of us how a studio works and things like that. He had a little pre-production studio in his crib. He was like, 'Whenever you want to, come by the crib.' I started going over there messing with beats."Building on the experience he received at Amp's studio, Jay was determined to form a group which reflected the eclectic nature of his influences. "I heard about T3 and Baatin, and they were supposed to be the illest emcees at the time. And I thought I was, so I wanted to challenge them. To make a long story short, we just hooked up after that. The chemistry was right." Their group Slum Village gave Jay the platform to create a sound which was uniquely mid- western in its melding of jazzy, east coast influences with the glossy, bounce of west coast hip-hop.

Via another timely assist from Amp Fiddler, Slum's demo found it's way into the hands of Q-Tip, who immediately recognized a kindred musical spirit in Jay and offered the young producer a management and production contract. "It was like a dream come true, if you could ever, ever hear anybody say that. I just couldn't believe it. I love Tribe and De La and then this guy Tip called my crib! Matter of fact, the first time he called, I wasn't home. I missed the call! I was hurt. I thought that was it! But, he called me the next day. Next thing you know, I'm in New York." within months, Jay found himself producing tracks for a who's who of underground hip-hop: The Pharcyde, Busta Rhymes, De La Soul, Keith Murray, Mad Skillz, and of course A Tribe Called Quest.

"I was just riding the wave. It was still part of the dream to even be there. They even asked me creative questions about the album [Beats, Rhymes, and Life]. It's just unbelievable, man! These are the three ultimate niggas to me. They sat me down and invited me to these meetings and I felt like I was a part of that shit. Whether the album did good or not, it was to me one of the best experiences of my life."

Upon returning to Detroit, Jay found himself as the star of the city's burgeoning hip hop scene. His beats were the conduit for a diverse crop of MC's who gathered around the famed Hip Hop Shop, including Phat Kat, 5 Ela, Proof, Eminem, and a young Elzhi. His extended periods away from home had been difficult on Slum Village, but with Jay back in the fold and a renewed focus they set out to record their first album

"We decided to do that Fantastic album, and we did it in like two weeks. Everything was done. We were selling that shit out of boxes within a couple of weeks." Fan-Tas-Tic Vol. 1 became an underground classic, relentlessly dubbed and traded by fans in the days prior to file sharing. Innovative and playful, the album featured a string of hip hop classics including "Players", "Look Of Love" and the brilliant James Brown adlib mash-up of "I Don't Know".

While his growing number of imitators were content to pick up the scraps of the fledgling neo-soul movement, Jay soon became the nucleus around which a group of like-minded, progressive artists would form, creating some of the best music to emerge from the post Golden-Age of early-nineties hip hop in the process. Dubbed the soulquarians, Jay's beats would provide the key inspiration for this eclectic group's best work: The Roots' Things Fall Apart, D'Angelo's Voodoo, Erykah Badu's Mama's Gun, Q-Tips's Amplified, and Common's Like Water For Chocolate.

Originally intended as a breakbeat record, Jay's first solo album Welcome 2 Detroit provided the first opportunity to display his full range as a producer, MC, and vocalist. Seamlessly blending live instrumentation with programmed beats, W2D reflected his numerous influences and styles- from synth-heavy techno and grimy street anthems to breezy bossa nova. Stepping to the forefront as an MC for the first time, Jay introduced his alias J Dilla, and with it a more confident, street-edge rapper would emerge.

At a professional crossroads after a label deal with MCA collapsed in 2003, Dilla bypassed the mainstream altogether to unleash a flurry of new material: a collaborative album with Madlib entitled Champion Sound, and his own solo project the Ruff Draft EP, a muddy, lo-fi epic of uncompromising rawness. "I did it in four or five days, turned it in and had wax in ten days. If I'm not doing beats for somebody, I make stuff for me to drive around and listen to, and that was one of those projects. I was just doing me. That's why it was called the Ruff Draft EP". "There'd be days when I wouldn't eat at all because I'd be in the basement working all day. Even after being in the hospital so long, I had to fight with the doctors [to go home] because being away from music was starting to get to me."

Dilla relocated to Los Angeles in 2004 to re-energize himself and focus on his career. But by the end of the year, he would again be hospitalized. Undergoing debilitating dialysis treatments 3-4 times a week, Dilla was bedridden for long periods of time causing his hands and legs to swell dramatically, making walking difficult without assistance. He lost 50% of his body weight. During this time he was diagnosed with Lupus, a debilitating blood disease which causes the immune system to attack healthy tissue and for which there is no cure. He was released from the hospital in March 2005, only to be readmitted later that summer. Using equipment set up in his hospital room, Dilla began work on what would become his masterpiece, Donuts, a sprawling, back-to-basics instrumental album filled with emotional, heartfelt testaments to life and mortality that brought him full-circle to his beginnings as young producer chopping up breakbeats.

That Fall, Dilla embarked on a European tour alongside his mother and friends, rapping to sold-out audiences from a wheelchair. It would be his final farewell to the fans who had shown their love and support for so long. Upon completion of the tour and another stay in the hospital, Dilla returned home. He handed off the masters for his still-unfinished solo LP The Shining in time for his upcoming birthday.

On Tuesday, February 7, 2006, his 32nd birthday, Donuts was released. He spent the day at home with friends and family. Three days later on February 10, James Dewitt Yancey passed away in the arms of his loving mother Maureen. He was put to rest the following week, on Valentine's Day. As mourners gathered around his final resting place high in the hills of Los Angeles to say their goodbyes, a lone heart appeared in the cloudless sky above, fitting tribute for the man who above all else lived life to do what he loved. And what he loved, he did better than anybody else. For that, we will be forever thankful. Thank you Jay Dee.

2006-2009
Note: Credits in this section were created during the artist's lifetime.

The King Of Beats