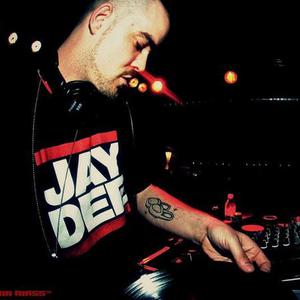 Detroit Hip-Hop's Ambassador to the World. Michael "HouseShoes" Buchanan has been an integral part of the long burgeoning Motown resurgence. Ask the people coming out of Detroit and they will confirm all of this. Houseshoes, a resident DJ at the Hip-Hop staple St. Andrews Hall from 1994-2004, has had personal influence over (at least) a full generation of emcees, producers, and then-future-DJs. Through House Shoes Recordings he pressed the now classic Jay Dee - Unreleased EP" (1996), Phat Kat ? Dedication To The Suckers 12? (1999), and Houseshoes ? Loungin' (2004).

The most recent House Shoes Recordings release The King James Version Vol. 1 (2008), his tribute to the late James ?Jay Dee / J Dilla? Yancey, has sold well independently and received rave reviews. As a DJ, Shoes has toured extensively throughout the United States and Europe with Hip-Hop acts (Percee P, Guilty Simpson, Illa J, Exile, Aloe Blacc, Phat Kat, Slum Village, and Elzhi to name a few) as well as on his own. He has garnered the respect of acts far outside the scope of Detroit Hip-Hop by taking crowds somewhere they never planned on going, helping them discover more about music in the process. As a producer Houseshoes has worked with some of Detroit's elite musicians and emcees to help contribute to the soundtrack of his city. From the late and revered J Dilla and Big Proof, to Elzhi (Slum Village), Guilty Simpson (Stones Throw Records), Black Milk (Fat Beats Records), Ty & Kory (Buddha Brown / Sony), Now On (A-Side Worldwide), Phat Kat, Invincible, Finale, Big Tone, Ta'Raach, Marv Won, Danny Brown, and Stacy Epps. Houseshoes' Podcasts (shoeshouse.podomatic.com) boasts holding one of the top 50 podcast portals (60,000+ subscribers) on a site of tens of thousands of hosted podcasts. He lives and works out of Los Angeles, California.

The King James Version: Chapter One (With J Dilla)