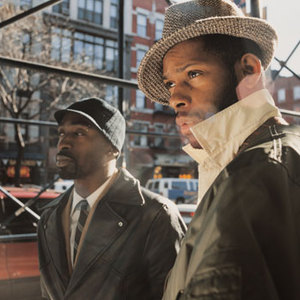 It's been three years since ?uestlove (of The Roots) famously revealed: "I listened to the album (Triple P) seven times in a row.......I made 23 friends listen to the album 3 days straight....... at gunpoint - I'm on the run. I will go to jail for Platinum Pied Pipers!!!!" And the time has been well used by the duo, who have since changed their name to the more simply stated PPP. The group's latest incarnation will be releasing a new EP on Ubiquity Records in the spring of 2008, with the follow-up album, Abundance, dropping in the fall.

Never ones for staying stagnant, PPP take a new, more progressive direction on this project that manages to stay true to Triple P's soul-based foundation, while broadening its sound and covering plenty of new sonic territory. The result is a fluid mash-up of the group's array of both vintage & modern influences from pop, house, funk, Detroit techno, and of course, hip-hop - all filtered through the group's unique vision for the future.