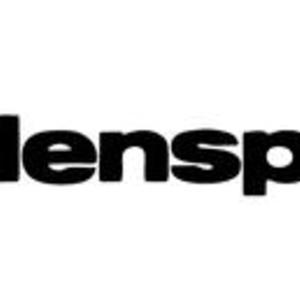 Take tribal drums, mix with pounding analogue synths and a killer club sound and what do you get? Welcome to iVardensphere. The new album, APOK, finds iVardensphere exploring different aspects of their sound, from dance floor stomping powernoise to more exotic flavors of tribal drumming blended with elements of trip-hop and a club-pleasing analog synth bumping EBM sound. APOK, iVardensphere's first release on Metropolis Records...

The story of iVardensphere's rise begins a few years ago in Edmonton, Canada, where Scott Fox DJs the notorious club nights SICK and Das OOntz. Fox took his expertise in filling the dance floor and applied it to his passion for synths and industrial dance music to create a fresh take on the genre to form iVardensphere. Upon being heard for the first time by Vancouver-based label Synthetic Sounds, iVardensphere was immediately signed and the debut album Scatterface was released in July 2009, mastered by Sebastian Komor [Icon of Coil].

Soon after the completion of Scatterface, Scott enlisted the talents of Chris Lacroix [aka Siborg from Virtual Terrorist] to help bring the project from the studio to the stage, where the band shines. Ever since, iVardensphere has been constantly active live, having performed with acts ranging from Apoptygma Berzerk to Iszoloscope to 16Volt and Chemlab to Front Line Assembly at such places as Das Bunker in LA and the Kinetik Festival in Montreal. Buoyed by touring and word of mouth from an ever-growing fan base, iVardensphere has steadily swept across the industrial dance club scene in North America.

At the end of 2009, Scatterface made its way across the Atlantic on one of Europe's leading darkrock and industrial labels, Danse Macabre Records, as Fox prepared iVardensphere's second release, Remixes Vol. 1, featuring remixes from Komor Kommando, Memmaker, Left Spine Down and others. Initially a digital-only release, fans demand CDs, and so Remixes vol. 1 came out in February 2010 on Synthetic Sounds. This release also marked iVardensphere's first introduction to the college radio charts across Canada.

The summer of 2010 saw the band hit a wide range of cities and venues all across the USA and Canada with Iszoloscope and ad*ver*sary, gaining loads of new fans. Word of their powerful live shows continued to spread and they were asked to open Combichrist's North American tour in the fall of 2010, just in time for a new album to hit.

iVardensphere's much anticipated second studio album, Bloodwater, came out in November of 2010, showcasing Fox's growing interest in using tribal drumming and other more organic sounds alongside electronics and samplers. Spurned on by club play and word of mouth from the band's performances on Monsters on Tour with Combichrist, Bloodwater smouldered up the Canadian college radio electronic charts, eventually spending three months on !earshot's national electronic charts in early 2011 and nine weeks on ChartAttack's electronic charts. It also received great reviews, including in Outburn Magazine and Rue Morgue.

The band's continuing growth and solid sounds caught the interest of industrial/electro powerhouse label Metropolis Records, who have now welcomed iVardensphere into the fold to help foster further expansion.