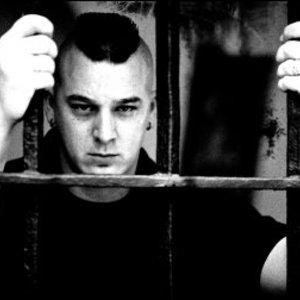 The project's definition is simple and clear: An apocalyptic and fearful view of the world is what NOISUF-X, the side-project of X-Fusion, is dealing with. It describes a cold and hopeless atmosphere musically with harsh distorted beats, experimental sounds and pushing sequences. The recurrent soundstructures and its simple monotony build a catchy opposite to X-FUSION. The story of NOISUF-X had begun exactly in 1988 when Jan L.

The story of NOISUF-X had begun exactly in 1988 when Jan L. from Bochum/Germany used his legendary C64 for combining electronic sounds with organ-sequences and vinyl-elements. Two years later his C64 was detached by an Amiga 500, developing to 4 tracks and 8 bit. The first project was born, but the way that had to be gone until NOISUF-X came into being should be long. During the next years Jan created 10 albums under the name of X-FUSION by his own without a real deal. He extended his equipment over and over again and even got several gigs at Techno-parties such as the Innovation Rave (Fantasy/D?lmen) where he showed his abilities live in front of almost 2000 fans. X-FUSION's style of music evolved into the style of Techno/Acid/House just to the year 2000, when his first tracks including vocals were produced. Finally his hard work that changed into EBM sound at the end got appreciated by Indie-Label Dark Dimensions/Scanner, where he signed a contract and his first album 'Dial D For Demons' was released. On exactly this release a track appeared that gave NOISUF-X a basis for its existence by its title. The idea of the homonymous side-project was born.

NOISUF-X produced some INDUSTRIAL / NOIZE-Tracks and signed a contract at PRO-NOIZE / DARK-DIMENSIONS. The first official release was the track "Happy Birthday" on the Alfa-Matrix-Compilation "ENDZEIT BUNKERTRACKS". The NOISUF-X - Album "ANTIPODE" was released in summer 2005 and soon after the second release, the "TINNITUS EP", came out in september 2006. So it was and now NOISUF-X creates its own style [something like a hybrid of industrial, noize, electro and ambient music] with its published "TINNITUS EP" and does not need to be hidden within the shadows of X-FUSION anymore. This EP was extremely successful within the clubs and also highly scored the charts. It was more than expected for example GAC-Charts Position 04 or even the 3rd position within the DAC-Charts.
But this was just the beginning of what's about to come: NOISUF-X likes to surprise and this was and still is the reason for [in opposite to X-FUSION] performing NOISUF-X?s music live on stage. In the year 2007 "THE BEAUTY OF DESTRUCTION" became a great success for the band and the album reached position 2 at the german DAC-Charts. Songs like "HIT ME HARD" or "TOCCATA DEL TERRORE" are played in almost every industrial club out there. Two years later in 2009 the third studio album"VOODOO RITUAL" was released. It reached position 5 of the GEWC-Charts, position 3 of the DUC-Charts and position 15 of the GAC-Charts.