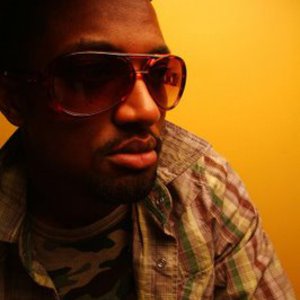 Question: What do you get when you mix a Delaware-raised former choirboy and preteen Funk singer with a diehard DIY Hip Hop head who cites country music, Quincy Jones and Kool G. Rap as influences in the same breath? Answer: One of the dopest Emcees-slash-producers-slash-singers-slash-guitar players-slash-songwriters that you've never heard. You can call him Hezekiah. Born into a musical family, and raised just outside of Philadelphia, Hezekiah got his chops at an early age, belting out God's greatest hits at his family's church...

Answer: One of the dopest Emcees-slash-producers-slash-singers-slash-guitar players-slash-songwriters that you've never heard. You can call him Hezekiah.

Born into a musical family, and raised just outside of Philadelphia, Hezekiah got his chops at an early age, belting out God's greatest hits at his family's church, and before long was singing in his Uncle's band, the Funk Disciples (who dropped some super hard-to-find wax in the mid 70's).

Around 86, Hezekiah's cousin brought home a track machine and a drum machine, and he was instantly hooked. Predating the live Hip Hop trend by plenty of years, Hezekiah spent much of his early days in front of the two machines, rocking sellout shows in the living room with his Cousin on bass and Uncle on guitar.

Once out of High School, Hezekiah linked up with arguably the only Hip Hop crew to ever exist in Delaware, and put together a mixtape called "Exit Wound Status" which sold an impressive 2000 hand-to-hand copies on the streets and at shows. But it was getting up with the Legendary Roots Crew in '93 that spurred him to get down to business. He began to work his way up through the ranks of the Phillys ever-strong Hip Hop scene with his on point wordplay, superior songwriting, and lovely production skills working with the likes of Musiq Soulchild, Bilal, The Jazzyfatnastees, and Bahamadia.

Fast forward to 2005, and Hezekiah's finally finished new albumHurry Up And Wait (a title dedicated to the woes of the independent artist), is dropping on New York's Soulspazm Records. Put together in full-on Hip Hop hermit mode, Hezekiah produced the record locked up in his home studio, and penned all of its lyrics lost amongst crowds in the chaos of Philly. Whats resulted is a collection of luxurious, smoked out Hip Hop beats, and minimal synth Funk produced by the man himself (with notable exceptions coming from Illmind and Anthony Accurate) with Hezekiah flowing beautifully atop it every second of the way. And although the record is intended to let Hezekiah shine, the guestlist is impressive Bahamadia, Scratch (The Roots), Grand Agent and Santi White (Stiffed) all make appearances. This is an album intended for headphones, getting deep tissue massages, and eating fruit smorgasbords at duskstraight up.

In addition to the release of Hurry Up And Wait, 2005 finds Hezekiah managing to keep himself busy, working on albums for Philadelphia singer Aaron Livingston and Musiq's backup twin singing sensations Aaries, due out SOON, trax for j live Zap mamma,bahamadia mr.complex & pharo monch In addition, he's the driving force behind Beat Society, an open forum and club night that focuses on putting Hip Hop producers center stage, and has recently been tapped to co-produce the music for a Showtime original series, Street Time. And he also juggles mountain lions. Seriously.

I Predict A Riot