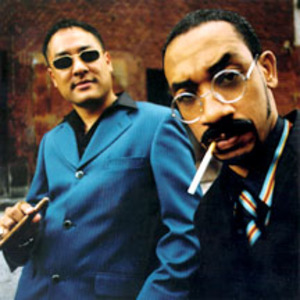 Handsome Boy Modeling School were Prince Paul (best-known for his work with De La Soul and Stetsasonic) and Dan Nakamura (a.k.a. Dan the Automator), hugely successful hip-hop producers in their own right. They released two CDs in total: So...How's Your Girl? in 1999 and White People in 2004, collaborating with a mix of diverse artists, ranging from hip-hop heavyweights Del Tha Funkee Homosapien and RZA through to The Mars Volta and indie-darling Cat Power. Unfortunately it looks as though they won't be producing any more now that Prince Paul has left the group in 2006 over disputes with Dan.