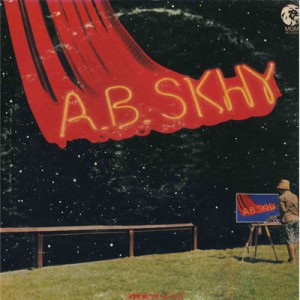 Originally known as New Blues, they were basically an electric blues band with horns and some jazz influences. From Milwaukee, Winconsin they relocated to San Francisco where they became a popular live attraction at venues like the Fillmore and Avalon in the late sixties. Produced by Richard Delvy (Chamber Brothers, Challengers), their first album contains a mix of original songs and covers (You Upset Me Baby and Keith Jarrett's It's Love Baby, 24 Hours A Day) and is still very nice to hear. The 45 cuts are from this album.

Terry Andersen and Howard Wales then left, the latter to play with Harvey Mandel, Jerry Garcia and the Grateful Dead. They were replaced by Rick Jaeger and James Curley Cooke (ex-The Versitones and The Steve Miller Band).

Still in the same style, their second album was recorded in March 1970 and produced by Kim Fowley and Michael Lloyd. Cooke had obviously became their leader, writing most of their original material. The covers this time were Fats Domino's I'm Walkin, Doc Pomus's My Baby Quit Me and a version of Groovin'. The excellent and long track Gazebo was clearly jazz oriented and dedicated to Gabor Szabo. The band also started work for a third album which was never completed.

Upon their demise, Cooke went on to Cat And The Fiddle and also played with Boz Scaggs and Ben Sidran. After some years out of the music scene, he came in 1980 back with a decent solo album Gingerman (First American ). Rick Jaeger joined Crowfoot and became a session man.